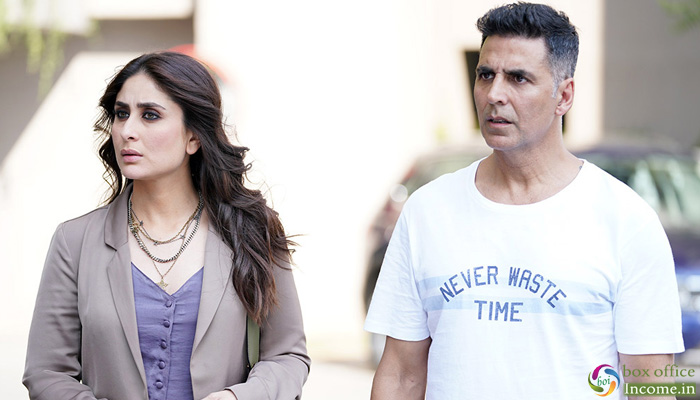 Directed by the debutant Raj Mehta, Good Newwz has got succeed to entertain many in theatres and received mostly positive reviews from the critics. Also, the film is getting huge support from the audience nationwide which is visible by its massive box office numbers.

On the opening day, Zee Studios’s presentation took an expected terrific start despite Dabangg 3 and did the business of 17.56 crores. With the major contribution from the mass circuit, it surpassed the opening record of Ajay Devgn’s Total Dhamaal (16.50 crores) and registered the 10th best opening of the year.

Then on Saturday, due to good word of mouth, Good Newwz witnessed a growth of 24.03% and raked the business of 21.78 crores. On the next day i.e. Sunday, Dharma Productions & Cape of Good Films’ production recorded a jump and minted the amount of 25.65 crores.

With this, the total collection of Multi-starrer after the opening weekend has become 65.99 crores nett from 3100 screens at the domestic box office. As per the current trend, it seems to remain strong on weekdays as well because of the new year celebration vibes.