Akshay Kumar and Kareena Kapoor’s Good Newwz is having quite the time at the box-office. Directed by Raj Mehta, Good Newwz has had fans and critics buzzing about it ever since it released on December 27. Fans have been celebrating every aspect of the film and Good Newwz has been breaking box-office records left, right and center. 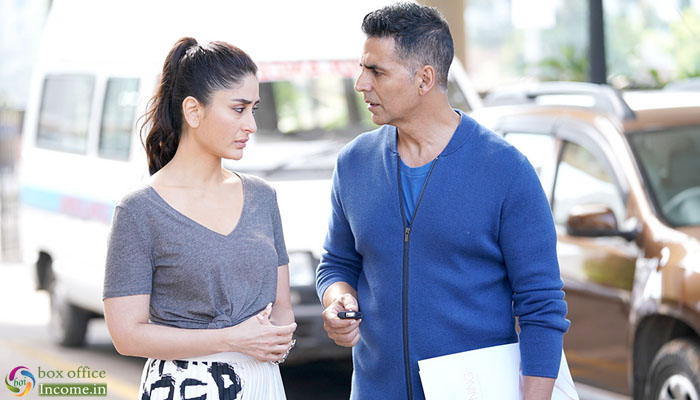 Produced by Zee Studios & Cape Of Good Films in association with Karan Johar’s Dharma Productions, Good Newwz has got succeed to entertain many in theatres and gathered a solid word of mouth. As a result, it registered the superb business of 127.90 crores in the first week which included 65.99 crores in the weekend and 61.91 crores on weekdays.

In the fourth weekend, it showed better performance than expected and raked the business of 4.04 crores which included 0.75 crore on Friday, 1.40 crore on Saturday & 1.89 crores on Sunday. Then on weekdays also, the comedy entertained remained steady and minted 0.55 crore on 4th Monday, 0.55 crore on 4th Tuesday & 0.50 crore on 4th Wednesday.

On the next day i.e. 4th Thursday, with a minimal decline, Good Newwz bagged the amount of 0.45 crore and raised its 4 weeks total collection to 203.19 crores nett at the domestic box office. As per the current trend, it is expected to collect around 205 (-/+) crores in its lifetime.