Akshay Kumar and Kareena Kapoor Khan starrer Good Newwz has passed its third week as well on a decent note despite having new anticipated Hindi offerings- Tanhaji: The Unsung Warrior and Chhapaak in the parallel. in the opposite. 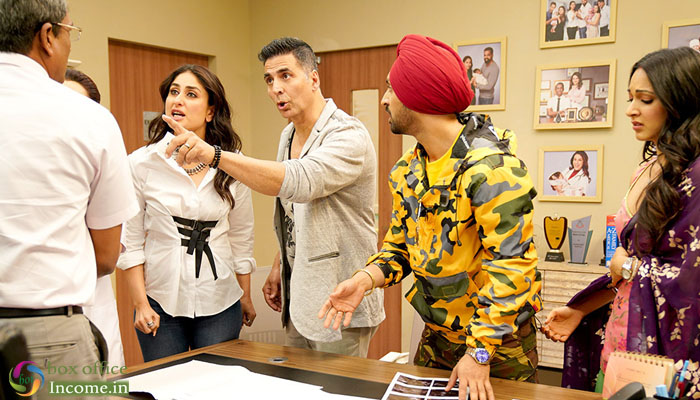 Co-starring Diljit Dosanjh and Kiara Advani in lead roles, Good Newwz has got succeed to entertain many in theatres and gather a solid word of mouth. As a result, it did the massive business of 127.90 crores in the opening week which included 65.99 crores in the weekend and 61.91 crores on weekdays.

In the second week as well, Zee Studios’ presentation remained super-strong and registered the business of 53.46 crores with 34.20 crores in the weekend and 19.26 crores on weekdays. Then in the third weekend, it got affected by the new arrivals but still showed a good jump in the business graph.

At a strong note, Good Newwz collected the business of 8.73 crores in its third weekend which included 2.07 crores on Friday, 3.06 crores on Saturday & 3.60 crores on Sunday. On weekdays also, the film managed to remain steady and minted 1.65 crores on 3rd Monday & 1.95 crores on 3rd Tuesday due to partial holidays.