Finally, the year’s one of the much-awaited Hindi films, Good Newwz is in theatres now and expectedly has taken a terrific start across the country. despite the last week released Salman Khan’s Dabangg 3 and ongoing CAA protests in several parts of the country, but it got succeed to entertain the viewers and getting positive feedback. 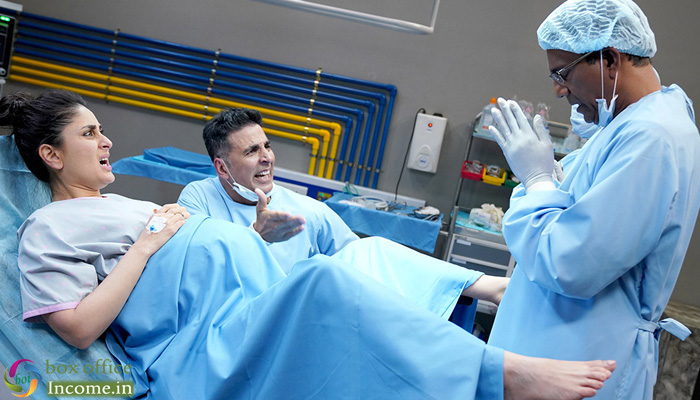 Directed by Raj Mehta, Good Newwz, starring Akshay Kumar, Kareena Kapoor Khan, Diljit Dosanjh, and Kiara Advani. The film has received mostly positive reviews from the critics as well as the audience and as a result, has gained a good word of mouth.

On the opening day, Dharma Productions and Cape of Good Films’ presentation took an excellent start with 40% occupancy in the morning across 3100 screens nationwide. Post noon shows, it witnessed a good jump in footfalls on the single as well as multi-screens and registered the business of 17.56 crores at the domestic box office.

In 2019 in particular, Akshay Kumar is pretty much competing with himself as each one of his four releases features in the Top-10 biggest opening days that he has enjoyed. While Mission Mangal leads from the top, Kesari is at the third spot. As for Good Nwwz and Housefull 4, they are pretty much next to each other.

The Independence Day release had collected 70.02 crores in its first three days and it has to be seen if Good Newwz, which has arrived on a regular Friday with no national holiday right through the week, manages to surpass that.