Akshay Kumar’s comedy entertainer ‘Good Newwz’, directed by Raj Mehta and starring Kareena Kapoor Khan as the female lead has managed to hold on despite fresh competition at the box office. The film witnessed a good third weekend and has now crossed the Rs 191 crore mark. 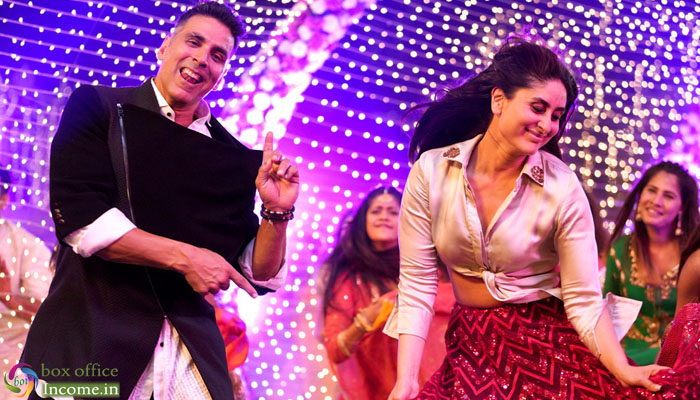 Good Newwz has got succeed to entertain many in theatres and received mostly positive reviews from the critics. With a solid word of mouth, it registered the business of 127.90 crores in the first week which included 65.99 crores in the weekend and 61.91 crores on weekdays from 3100 screens.

In the second week as well, it remained super strong throughout and did the business of 53.46 crores with 34.20 crores in the weekend and 19.26 crores on weekdays. Then in the third weekend, the film got affected by the new arrivals- Tanhaji: The Unsung Warrior and Chhapaak but still maintained a good pace.

On 3rd Friday, Zee Studios’ presentation minted the amount of 2.07 crores after a significant drop. On 3rd Saturday, it picked up again and bagged the amount of 3.06 crores. With a further drop, it garnered the business of 3.60 crores on 3rd Sunday.

On the next day i.e. 3rd Monday, being a normal working day, Good Newwz has witnessed a usual drop in footfalls and managed to collect the amount of 1.65 crore. After 18 days, the total collection of the film has become 191.74 crores nett at the domestic box office.