Akshay Kumar and Kareena Kapoor Khan’s Good Newwz is on a record-breaking spree and has made it to the top ten highest-grossing Bollywood movies of all time. Raj Mehta’s movie is giving a tough fight to recently released Ajay’s Tanhaji: The Unsung Warrior and Deepika’s Chhapaak. 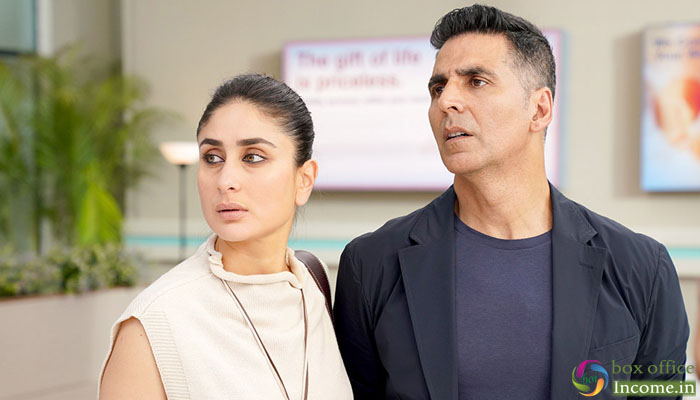 Co-starring Diljit Dosanjh and Kiara Advani, Good Newwz was opened on a tremendous note and remained super-strong throughout due to positive word of mouth. In the first week, it did the business of 127.90 crores which included 65.99 crores in the weekend and 61.91 crores on weekdays from 3100 screens.

Then in the second week as well, Zee Studios’ presentation showed a terrific performance and raked the business of 53.46 crores with 34.20 crores in the weekend and 19.26 crores on weekdays. After 2 weeks, the total collection of the film was recorded 181.36 crores.

Now, Good Newwz is running in the third week and once again passed the weekend on a strong note. On 3rd Friday, it faced a drop of 49% than the previous day and minted the amount of 2.07 crores. On 3rd Saturday, it took a healthy growth and bagged the amount of 3.06 crores.

On the next day i.e. 3rd Sunday, with a further jump, Rohit Shetty & Akshay Kumar’s production collected the amount of 3.60 crores and raised its 17 days total collection to 190.09 crores nett at the domestic box office.