Directed by Raj Mehta, ‘Good Newwz’ starring Akshay Kumar and Kareena Kapoor Khan in the lead roles has witnessed an excellent second-week collection. ‘Good Newwz’ which hit the screens on December 27 has also registered itself as the seventh highest worldwide grosser of the year 2019. 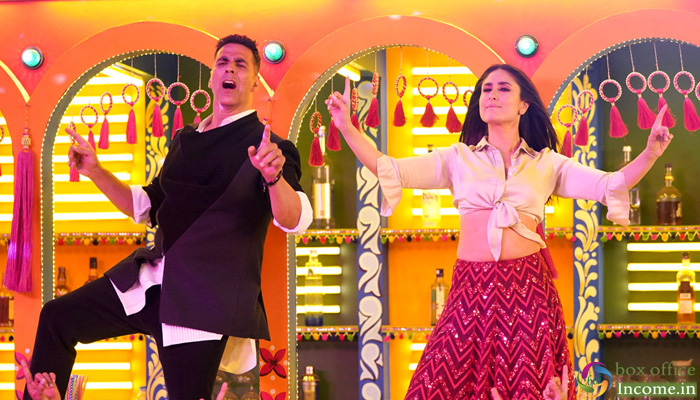 Good Newwz was released amid the huge excitement of fans and expectedly got succeed to hit the target right. After a solid opening, it remained super-strong throughout a week and did the business of 127.90 crores which included 65.99 crores in the weekend and 61.91 crores on weekdays from 3100 screens.

Then on weekdays, despite a usual drop, Good Newwz managed to remain solid and minted the amount of 5.40 crores on 2nd Monday, 5.04 crores on 2nd Tuesday & 4.77 crores on 2nd Wednesday. On the next day i.e. 2nd Thursday, with a further drop, it raked the business of 4.05 crores.

With this, the total collection of Multi starrer after 2 weeks has become 181.36 crores at the domestic box office. Good Newwz has also emerged as Akshay Kumar’s 12th consecutive blockbuster. Starting from Airlift (2016) till Good Newwz (2019) — the actor has not given a single flop in the last three years.