Akshay Kumar, Kareena Kapoor Khan, Kiara Advani and Diljit Dosanjh starrer film Good Newwz has proven to be a juggernaut at the ticket window. Even after 12th day at the box office, the film has not faced any huge decline in its earnings. Good Newwz has also emerged as Akshay Kumar’s 12th consecutive blockbuster. 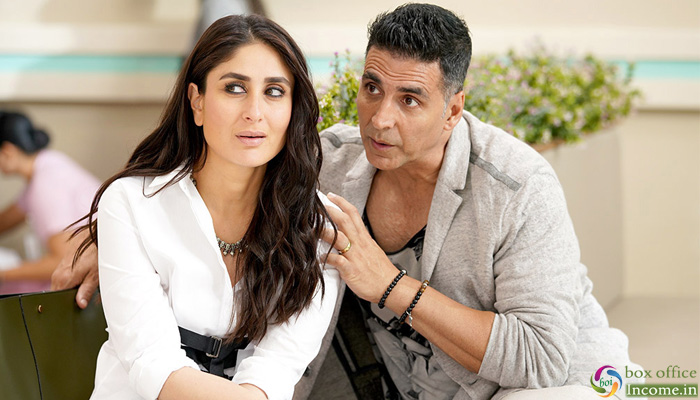 The Raj Mehta’s directorial, Good Newwz has got succeed to entertain many in theatres and gained a solid word of mouth. As a result, it registered the tremendous business of 127.90 crores which included 65.99 crores in the weekend and 61.91 crores on weekdays from 3100 screens.

The first film of Raj Mehta remained super-strong in the second weekend as well and did the business of 34.20 crores with 8.10 crores on 2nd Friday, 11.70 crores on 2nd Saturday & 14.40 crores on 2nd Sunday. Now it is running on weekdays and still has a strong hold over the audience.

On 2nd Monday, Good Newwz faced a drop of 33.40% in footfalls as compared to the 2nd Friday and minted the amount of 5.40 crores. On the next day i.e. 2nd Tuesday, on a similar note, the film raked 5.04 crores and raised its 12 days total collection to 172.54 crores at the domestic box office.

Jointly produced by Zee Studios, Dharma Productions and Cape of Good Films the comedy entertainer is likely to collect 180 crores by the end of this week. After that, it will have to compete with several new Hindi films- Tanhaji: The Unsung Warrior and Chhapaak..