Alia Bhatt starrer Gangubai Kathiawadi has not only won several hearts, but it has also been raking in the moolah at the domestic box office. The movie has had a fantastic first week and on day 7 too. The film directed by Sanjay Leela Bhansali also star Ajay Devgn and Vijay Raaz in pivotal roles. 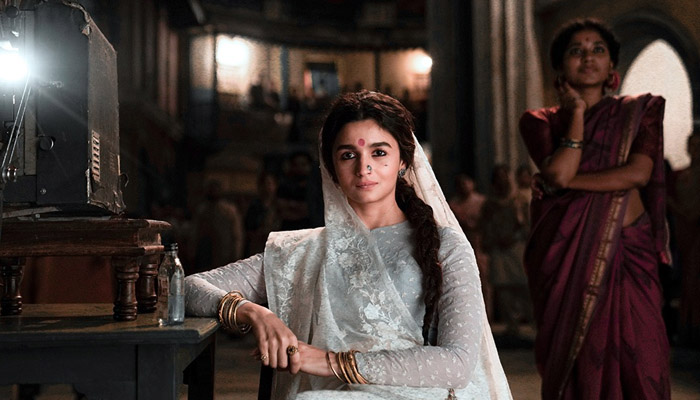 Produced by Bhansali Productions and Pen India Limited, Gangubai Kathiawadi has an impactful story backed by a proficient direction, powerful screenplay and the brilliant performance of Alia Bhatt. These are the reasons, the movie received very positive reviews from the critics as well as the audience and gained strong word of mouth.

After a solid opening, this female-oriented biographical crime drama has recorded a healthy jump over the weekend due to favorable reactions and did the business of total 39.12 crores, that included 10.50 crores of Friday, 13.32 crores of Saturday, and 15.30 crores of Sunday.

Then on weekdays, despite normal working days Gangubai Kathiawadi remained strong and showed solid hold over the audience across India. On Monday, the movie faced a normal drop and minted the amount of 8.19 crores. Due to Mahashivratri holiday on Tuesday, it bagged 10.01 crores, while 6.21 crores on Wednesday.

On the next day i.e. Thursday, Alia Bhatt starrer witnessed a further decline and garnered the business of 5.40 crores. With this, the total collection of Gangubai Kathiawadi after 7 days has become 68.93 crores at the domestic box office.