After keeping us glued for the big announcement with a teasing glimpse yesterday, Excel Entertainment today announced their next project starring the fresh pair Siddhant Chaturvedi and Malavika Mohanan titled ‘Yudhra’. The project is an romantic action thriller directed by Ravi Udyawar and release in 2022. The film pushes the bar in action with hard core street fight and hand to hand combat, padded with a power packed ensemble cast for the young adult audience. 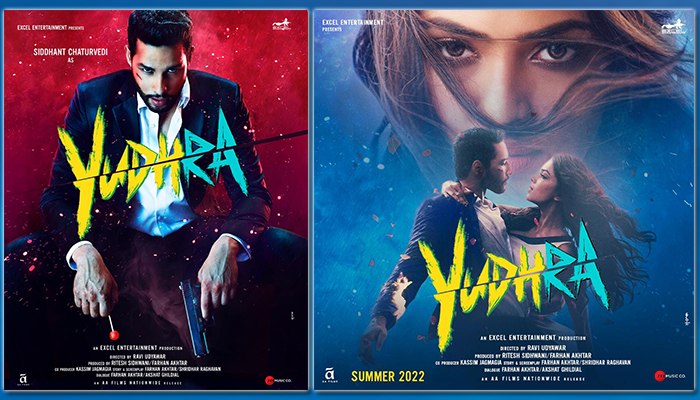 With a trail of glimpses- first a poster of Siddhant as ‘Yudhra’ in a never seen before quirky, edgy avatar, followed by a mesmerizing yet intriguing poster of Siddhant and Malavika who will be seen together for the first time, and finally the film teaser, takes us through a journey of action, thrill and romance. Rightly, Siddhant’s character in ‘Yudhra’ looks like a man at war but we are sure, there’s more to it with his fierce look.

Siddhant and Malavika also shared the teaser of the summer 2022 film as the treat of the season with their fans on their respective social media handles. With the appealing posters and teaser, the music makes it a visual experience— in just a glimpse. The background score has been given by the talented Ravi Basrur who has worked on the KGF franchise and several other acclaimed projects. Interestingly, the announcement unit has also been shot in a single take.

Excel Entertainment and Siddhant Chaturvedi will be collaborating again with ‘Yudhra’ after their highly successful Gully Boy where Siddhant played MC Sher. The actor will also be seen in Excel Entertainment’s recently announced Phone Bhoot which will release in 2021.

Yudhra, helmed by Ravi Udyawar who has earlier directed Sridevi’s two time National Award winning film MOM, is also produced by Ritesh Sidhwani & Farhan Akhtar’s Excel Entertainment. The film is set to hit the theatres in 2022 and now, war has a name–‘Yudhra’!