Emraan Hashmi’s highly anticipated horror-thriller Dybbuk has released today, and the audiences are already in awe of the horror king to take them through a spooky ride with this one. The unexpected turns and twists in the trailer have created a cosmic intrigue and scare for the film. Trending on number 13 amongst the other horrors, the trailer has garnered rave reviews from fans all around. 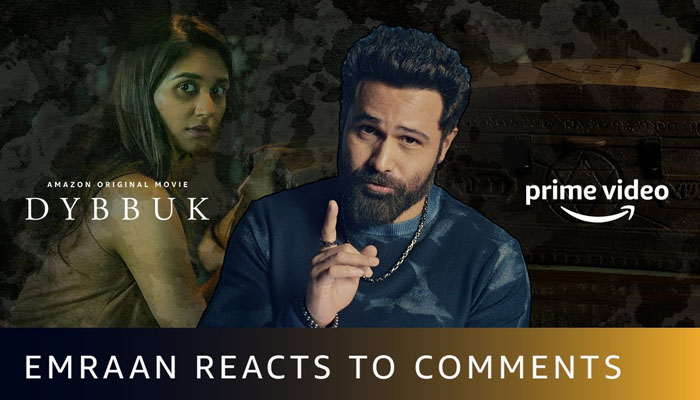 Dybbuk’s trailer was unveiled a few days ago, and was very well-received by the audiences. With the hype already at an all time high post it’s release, the audiences can’t stop pouring in their path-breaking responses on Emraan’s role.

Emraan Hashmi recently shared a video expressing his gratitude to the audiences for their ecstatic feedback on Dybbuk Trailer. Netizens quirky comments read, “Emraan Hashmi + Horror = This couple is made for each other. 😍😍😍”, “Emraan is always standing out of the crowd, a true artist!! Best of Luck.”

And many more comments dropped in for the film. Replying to each of them individually, Emraan opened up, “I have always tried to do something new and unique for the audience, and bring out some kind of novelty in my films.” He also added that Dybbuk is a very different kind of horror film and it’s going to spook everyone just like the other horrors.

When it’s Emraan, Horror genres are truly incredible and fun to watch. Audiences and fans are undoubtedly in for some masterpiece treats as Emraan did in his previous films.