Ajay Devgn, Tabu and Akshaye Khanna starrer Drishyam 2 has managed to impress the audience finally. The theatres in many places are going housefull as well. It won’t be wrong to say that the film is already a hit. 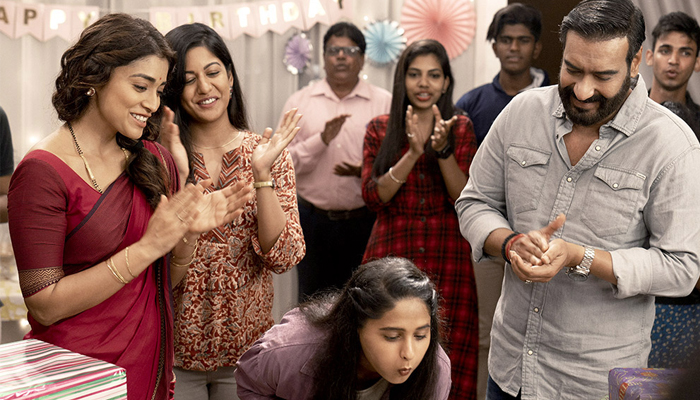 Then on weekdays as well, Abhishek Pathak’s directorial kept up the good momentum and raked a business of Rs 11.87 crores on Monday, Rs 10.48 crores on Tuesday, and Rs 9.55 crores on Wednesday.

After a slight decline in footfalls, Panorama Studios’ production collected Rs 8.62 crores on Thursday and has reported a strong total business of Rs 104.66 crores nett within 7 days of release in India.

This is a much-needed win for Devgn, whose last two films, Runway 34 and Thank God, tanked at the ticket counters. He was, however, seen in supporting roles in hit films such as RRR and Gangubai Kathiawadi.