Superstar Ajay Devgn, Tabu and Akshaye Khanna starrer Drishyam 2 has passed its fourth week at a steady note. Despite having the biggie Varun Dhawan’s Bhediya in the opposite, it has maintained a decent pace and finally joined the 200-crore club at the domestic box office. 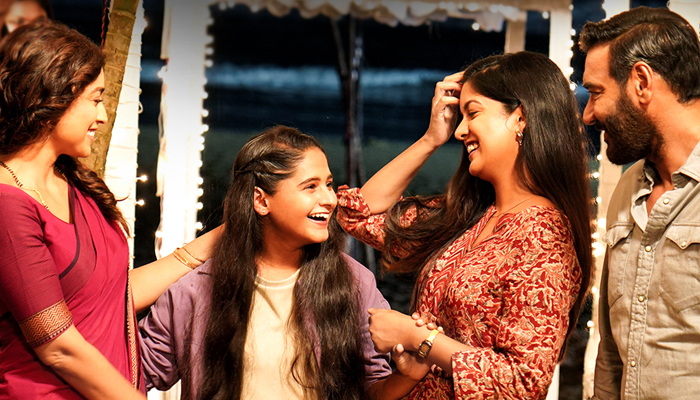 Directed by Abhishek Pathak, the Hindi suspense thriller has got succeed to entertain many in theatres and gathered a positive word of mouth. In the last 3 weeks, it had registered the business of 196.30 crores with 104.66 crores in the first, 58.82 crores the second and 32.82 crores in the third week.

In the fourth weekend, at a steady note, Drishyam 2 had bagged the amount of 2.32 crores that included 2.62 crore on Friday, 4.67 crore on Saturday & 6.16 crore on Sunday. Then on weekdays as well, it remained stable despite a normal drop in footfalls.

On 4th Monday, Panorama Studios, Viacom18 Studios and T-Series Films’ production had witnessed a drop and minted the amount of 1.61 crore. While with a more drop on 4th Tuesday, it managed to collect 1.57 crore

On 4th Wednesday, Drishyam 2 recorded a drop again and bagged the amount of 1.43 crore. On the next day i.e. 4th Thursday, it garnered the amount of 1.34 crore and raised its 4 weeks total collection to 215.70 crores nett at the domestic box office.