The major release of this week, Ajay Devgn starrer suspense thriller Drishyam 2 has good buzz among the fans across the country. Produced by Panorama Studios and Viacom18 Studios are back with the second installment of his franchise that was began in year 2015 with Drishyam. 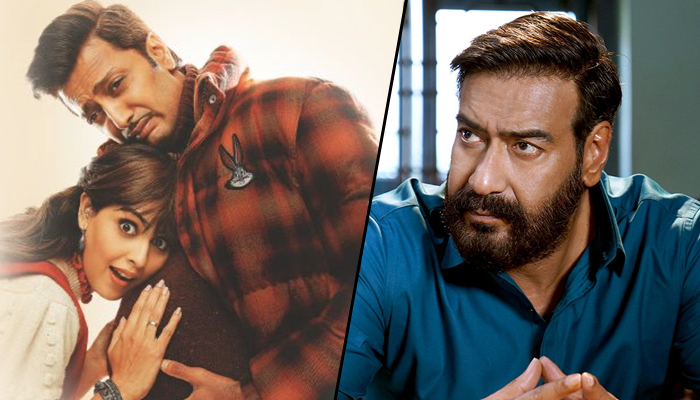 With wide-scale promotions, makers have set a good hype of the film among the targeted audience. Also, its trailer was strong enough and received a quite positive response from the viewers. Drishyam 2 also stars Tabu, Shriya Saran and Akshaye Khanna in lead roles with Ishita Dutta, Mrunal Jadhav and Rajat Kapoor in supporting roles.

Considering the current scenario of box office and with around 3300 screens, Drishyam 2 could open at 11.50-14.50 crores at domestic box office. If it gets succeed to impress the audience in the same way as it has impressed critics, then it can go past 45 crores in the opening weekend.

On the other hand, Riteish Deshmukh, Genelia Deshmukh and Mahesh Manjrekar starrer Mister Mummy didn’t left much impact over audience but still due to star power and universal genre, it can attract considerable footfalls in theaters.

Directed by Shaad Ali, Mister Mummy is expected to collect 0.30-0.40 crores with 4-5% of occupancy. If audience reacts in favor, then the movie can take jump over the weekend.