After a fantastic opening week, director Raaj Shaandilyaa’ last Friday released Dream Girl has started its second week at a strong note despite the release of several new Hindi films. The Hindi comedy drama has expectedly impressed everyone with its strong content and getting a great response in multiplexes. 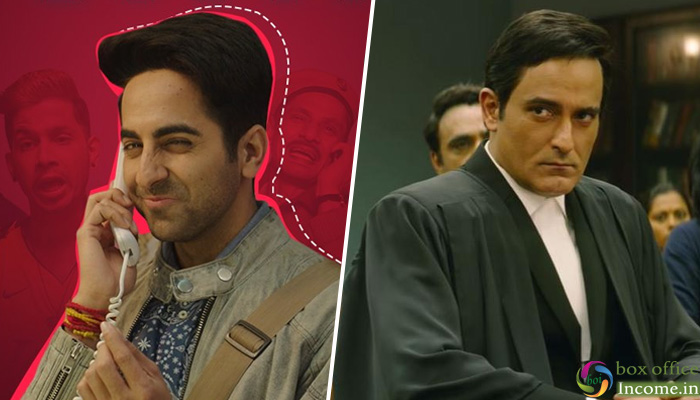 Starring Ayushmann Khurrana, Nushrat Bharucha, Annu Kapoor and Manjot Singh in lead roles, Dream Girl has received positive reviews from the critics and gathered a very good word of mouth. In the first week, it remained strong throughout and did the business of 72.20 crores which included 44.57 crores in the weekend and 27.63 crores on weekdays.

Produced by Ekta Kapoor under the banner of Balaji Motion Pictures, Dream Girl has now entered in the second weekend and managed to collect the amount of 5.30 crores on 2nd Friday. With this, its 8 days total collection has become 77.50 crores nett at the domestic box office.

On the other hand, the adjacent Bollywood release Section 375 has made the right buzz among the Indian audience despite positive reactions. At an overall steady note, it raked the business of 12.49 crores in the first week from India with 8.04 crores in the weekend and 4.45 crores on weekdays.

On 2nd Friday, Akshaye Khanna, Richa Chadha and Meera Chopra starrer has witnessed a minimal drop in footfalls and minted the amount of 0.63 crores and raised its 8 days total collection to 13.12 crores nett from Indian screens