Ayushmann Khurrana and Nushrat Bharucha starrer Dream Girl has remained strong on Monday as well at the domestic box office. The film has got succeed to entertain many in theatres and diverted the major audience toward itself despite the presence of Chhichhore at the box office. 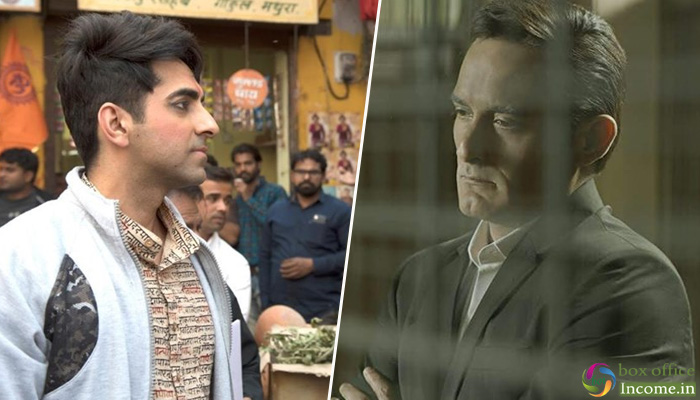 Directed by Raaj Shaandilyaa, the comedy drama has received mostly positive reviews from the critics as well as the audience and gathered a good word of mouth. As a result, it was opened at a solid note and registered the 13th highest opening of the year so far & the best one of Ayushmann’s career.

At a strong note, Dream Girl did the business of 44.57 crores in its opening weekend which included 10.05 crores on Friday, 16.42 crores on Saturday & 18.10 crores on Sunday. Then on Monday, it minimal drop and minted the amount of 7.43 crores. With this, its 4 days total collection has become 52 crores at the domestic box office.

In parallel, the second Hindi release of this week, Section 375 has got slow start at the box office despite positive reviews from the critics as well as the audience. In the opening weekend, it bagged the amount of only 8.04 crores with 1.45 crore on Friday, 3.07 crore on Saturday & 3.52 crores on Sunday.

On Monday, Richa Chadha, Akshaye Khanna and Meera Chopra starrer managed to collect the amount of 1.27 crore. After 4 days, the total collection of Section 375 has become 9.31 crores at the domestic box office.