The new Hindi biggie War, Telugu epic action-drama Sye Raa Narasimha Reddy, and Hollywood’s Joker made a heavy dent in the performance of existing films at the box office. Still, Dream Girl and Chhichhore managed to score steadily at a lower side in the third & fourth week respectively. 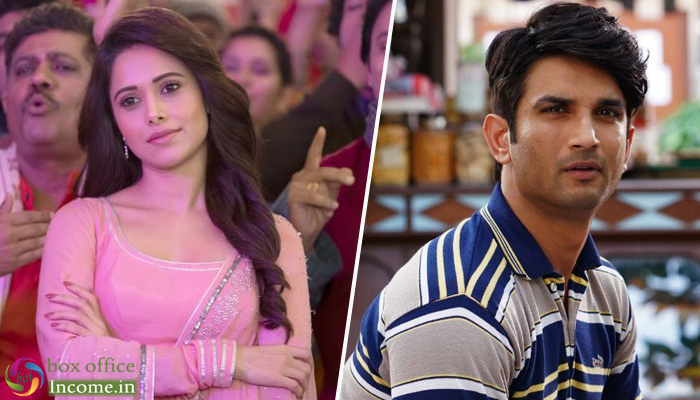 Starring Ayushmann Khurrana and Nushrat Bharucha the funfilled comedy has created the right buzz among the young audience and did the business of 72.20 crores in the first week and 38.60 crores in the second. In the third weekend, it bagged the amount of 16.20 crores with 3.40 crores on Friday, 6.30 crores on Saturday & 6.50 crores on Sunday.

Then on weekdays, despite a drop in footfalls, Dream Girl managed to collect 2 crore on 3rd Monday, 2.50 crore on 3rd Tuesday & 0.85 crore on 3rd Wednesday. On the next day i.e. 3rd Thursday, Raaj Shaandilyaa’s directorial minted the amount of 0.50 crore and raised 3 weeks total domestic collection to 132.85 crores nett.

On the other hand, Sushant Singh Rajput, Varun Sharma and Shraddha Kapoor starrer Chhichhore did the business of 68.83 crores in the first week, 40.47 crores in the second and 24.23 crores in the third week. In the fourth weekend, it bagged 11.07 crores with 2.37 crores on Friday, 4.32 crores on Saturday & 4.38 crores on Sunday.

Then on weekdays, after a normal drop, Nitesh Tiwari’s directorial minted 1.38 crore on 3rd Monday, 1.77 crore on 3rd Tuesday, 0.69 crore on 3rd Wednesday & 0.39 crore on 3rd Thursday. After this, the total collection of Chhichhore after 3 weeks has become 148.83 crores nett at the domestic box office.