After completing the last two weeks superbly, the powerhouse of talent Ayushmann Khurrana’s latest offering Dreama Girl has passed its third weekend as well on a solid note. ‘Dream Girl’ is produced by Ekta Kapoor, Shobha Kapoor, and Aashish Singh. 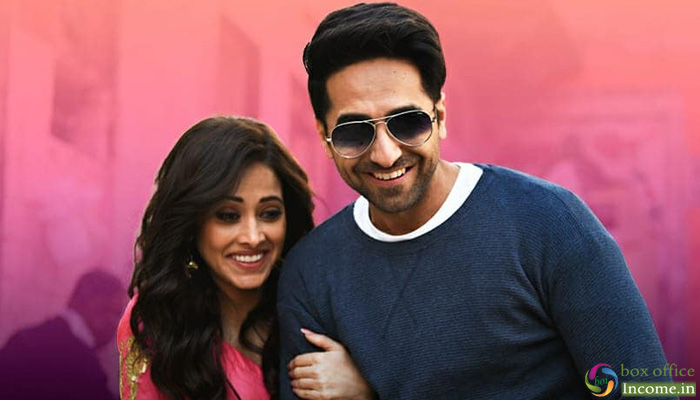 Directed by the Raaj Shaandilyaa, Dream Girl has successfully won all the hearts and gained strong word of mouth. For its impactful story-line, powerful screenplay, and the brilliant performance by lead actors, the movie has received very positive reviews from the critics as well as the audience.

Balaji Motion Pictures’ production started the journey on a terrific note and registered the business of 72.20 crores by remaining super-strong throughout the opening week. Then in the second week as well, it showed solid performance and raked the business of 38.60 crores.

Now Dream Girl is running in the third week and once again gained momentum over the weekend. On 3rd Friday, it had mined 3.40 crores because of the no new absence. Then on 3rd Saturday, it took a healthy growth and bagged the amount of 6.30 crores.

On the next day i.e. 3rd Sunday, this comedy drama recorded growth and garnered the business of 6.50 crores. With this, the total collection of Dream Girl after 17 days has become 127 crores nett at the domestic box office.