Ayushmann Khurrana starrer latest offering Dream Girl has got affected due to multiple new releases on its second week, but still maintaining a good pace at the box office. Now once again it is showing a jump in its business graph over the third weekend. 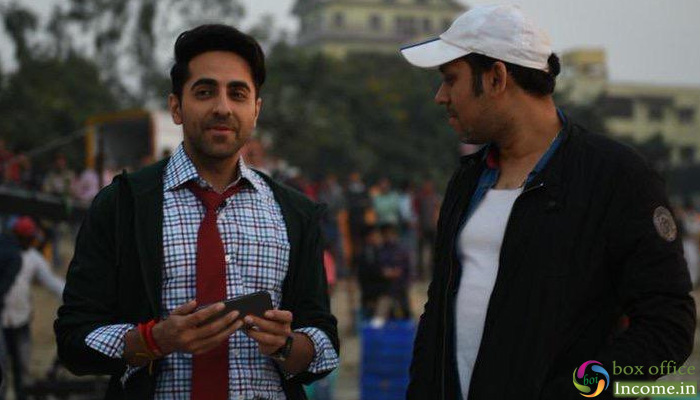 Due to solid word of mouth, Raaj Shaandilyaa’s directorial the comedy entertainer Dream Girl was opened excellently. By remaining super-strong throughout the first week, it did the business of 72.20 crores which included 44.57 crores in the weekend and 27.45 crores on weekdays from 4020 screens.

Then in the second week as well, Balaji Motion Pictures’ production showed a tremendous performance and registered the business of 38.60 crores with 25.45 crores in the weekend and 13.15 crores on weekdays. After 2 weeks, the total collection of the film was recorded 110.80 crores.

Now Dream Girl is in the third week and started the weekend with a great note. On 3rd Friday, it witnessed a jump as compared to the previous day and minted the amount of 3.40 crores. On the next day i.e. 3rd Saturday, it showed a jump of 73.46% and bagged the amount of 6.30 crores.

With this, the total collection of Ayushmann and Nushrat starrer after 16 days has become 120.50 crores at the domestic box office. As per the current trend, it is expected to rake over 127 crores by the end of this weekend.