Ayushmann Khurrana’s Dream Girl has emerged as one of the biggest hits of the year in terms of ROI. Made in under the budget of 30 crores, the film has crossed 110 crore mark in just two weeks. The quirky comedy is making the noise at the box office right from its opening day. 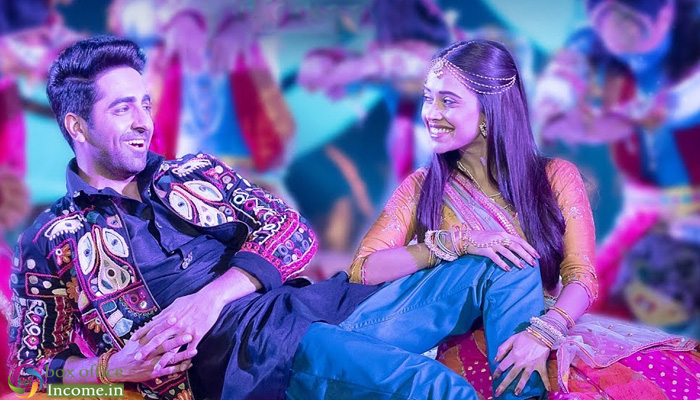 Raaj Shaandilyaa’s directorial which has already become super-hit, Dream Girl has got succeed to hit the target right and entertained everyone very much. As a result, it gained positive word of mouth and remained strong throughout at the box office.

Starring Ayushmann Khurrana and Nushrat Bharucha, Dream Girl took a solid opening and picked up very well over the opening weekend. By remaining steady throughout the first week, it did the business of 72.20 crores, that included 44.57 crores of the weekend and 27.45 crores of weekdays.

Then in the second week as well, the film showed an excellent performance and bagged the amount of 38.60 crores with the help of 25.45 crores on the weekend and 13.15 crores on weekdays. After 2 weeks, the total collection of Dream Girl had recorded 110.80 crores.

Now after the 2 successful weeks, Dream Girl is in the third weekend and still has a good hold over the audience. On its 3rd Friday, the film witnessed jump and minted the amount of 3.40 crores. With this, its 15 days total collection has become 114.20 crores at the domestic box office.