The hit-machine of Bollywood, Ayushmann Khurrana’s is making it big with his most recent comedy film. Yes we are talking about Dream Girl, which is running strongly in its second week as well at the box office. After a solid opening week, the adventure comedy once again showed a healthy growth over the second weekend and remained solid on its 2nd Monday. 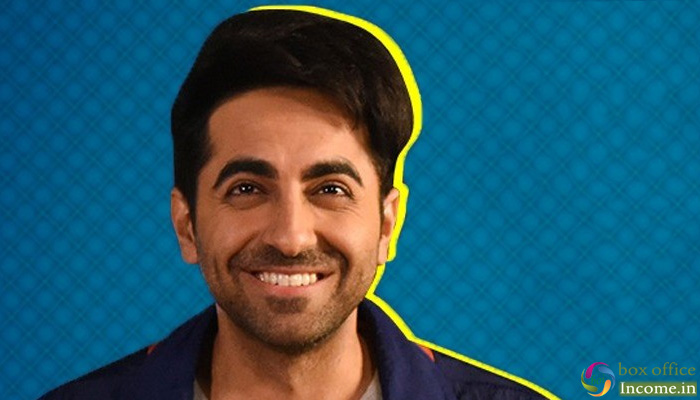 The Raaj Shaandilyaa directorial is being loved by the audiences. Dream Girl received positive reviews from top Hindi film critics. Ayushmann Khurrana can be seen playing someone who can talk like a woman. The actor has marvelled in portraying the role and the audience seems to be loving it.

In the opening week, Dream Girl did the business of 72.20 crores which included 44.57 crores in the weekend & 27.63 crores on weekdays. Then on 2nd Friday, it faced a minmal drop as compared to Thursday and bagged the amount of 5.30 crores.

Over the second weekend, Raaj Shaandilyaa’s directorial recorded a superb jump and garnered the business of 9.10 crores on 2nd Saturday & 11.05 crores on 2nd Sunday. On 2nd Monday, Balaji Motion Pictures’ presentation remained solid and minted the amount of 3.75 crores. After 11 days, the total collection of Dream Girl has become 101.40 crores.

Dream Girl’s director Shaandilyaa said Ayushmann Khurrana was his first and only choice for his directorial debut film ‘Dream Girl’. The national award-winning actor will next be seen in Amar Kaushik’s Bala, which is set to release on November 22.