Ayushmann Khurrana and Nushrat Bharucha starrer Dream Girl is on a dream run at the box office. After a splendid first week, the film is rocking the second week as well. The release of three new films – Pal Pal Dil Ke Paas, The Zoya Factor and Prassthanam- has not affected the Raaj Shaandilyaa film at all. 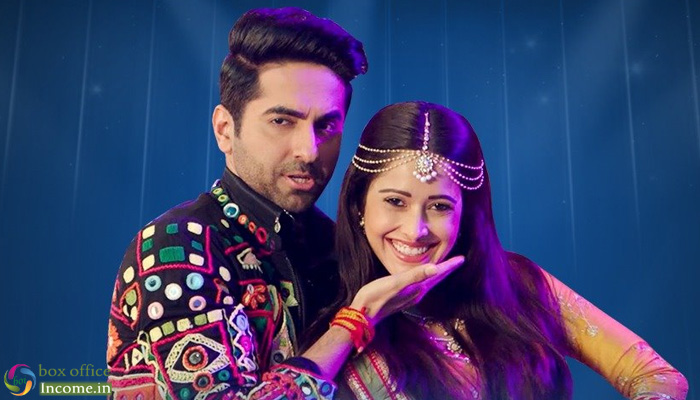 Directed by Raaj Shaandilyaa, Dream Girl has recevied positive reviews from the critics and got succeed to entertain the audience across the country. Everyone liked the performance of the leading cast that includes, Ayushmann Khurrana, Nushrat Bharucha, Annu Kapoor, Manjot Singh, and Vijay Raaz.

Dream Girl started its journey on a solid note last Friday and become the biggest opener of Ayushmann’s carrer. By remaining strong throughout the first week, it did the business of 72.20 crores which included 44.57 crores in the weekend & 27.63 crores on weekdays at the domestic box office.

Balaji Motion Pictures’ presentation is now running in the second week and picked up once again over the weekend. On 2nd Friday, minimal drop then previous day and minted the amount of 5.30 crores. On 2nd Saturday, it took a solid jump and managed to collect 9.10 crores.

On the next day i.e. 2nd Sunday, with further growth, Dream Girl garnered the business of 11.05 crores and raised its 10 days total collection to 97.65 crores nett at the domestic box office. The film has turned out to be a superhit for the family audiences and it won’t be surprising if producer Ekta Kapoor actually thinks of building a franchise around this title.