Dhvani Bhanushali is surely a name synonymous with the industry and music lovers alike. The pop sensation dropped her latest track, the peppy and foot tapping Mehendi and to no surprise it is ranking at no. 1 worldwide on YouTube in just 2 days of its release! 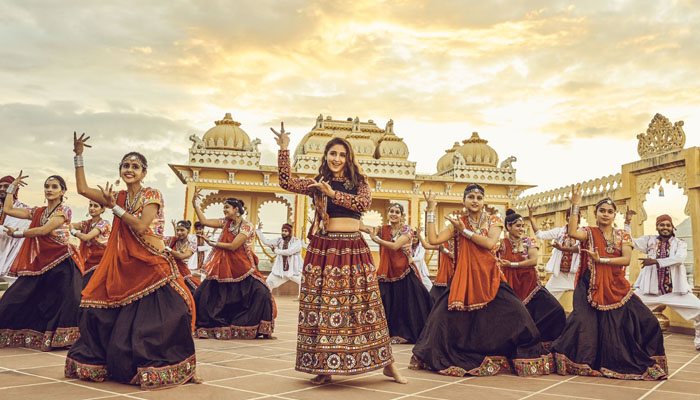 Mehendi rendered by Dhvani and Vishal Dadlani, is penned by Priya Saraiya and composed by Lijo George and DJ Chetas. The song which stars Dhvani Bhanushali and Gurfateh Pirzada is an upbeat track set in the picturesque Udaipur and it has won our hearts with reason!

Right from the melodious yet catchy tune to the beautiful locales, soulful voice and grand video, the song has reached the worldwide charts of YouTube and is ranking at number 1 within 2days of its release!

This surely solidifies the pop icon of music, Dhvani Bhanushali’s position in the music industry and we can’t wait to see the milestones the song Mehendi reaches !

Vinod Bhanushali and Dhvani Bhanushali’s Mehendi, produces by Moment In Time and directed by Vibhu Puri is out now on her YouTube channel!