T-Series brings you a pacy, edge-of-the-seat thriller ‘Dhokha – Round D Corner’. ‘Dhokha’ is a multi-perspective thriller starring R Madhavan, Khushalii Kumar, Darshan Kumaar and Aparshakti Khurana. This film by Kookie Gulati is a suspense drama based on a day in the life of an urban couple that takes you on an unexpected journey with twists and turns showcasing shades of grey in each character. 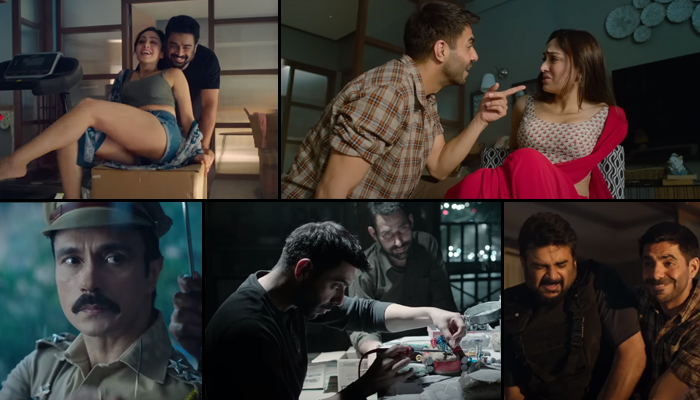 The cast of ‘Dhokha’ including Khushalii Kumar, Aparshakti Khurana, Darshan Kumar and director Kookie Gulati watched the trailer with the media at a special preview in Mumbai today.

Says producer Bhushan Kumar, “Dhokha is an unconventional, commercial potboiler. The treatment of the film is extremely different from what you’ve seen before. Apart from the story and the screenplay, the performances in ‘Dhokha’ are truly breakthrough and will make an impact on audiences.”

Adds director Kookie Gulati, “One day can change your life and Dhokha will compel the audience to ponder over what is true and what is false. It will leave you gripped from start to finish.”

Adds R Madhavan, “Dhokha is driven by its performances and storytelling. The characters are not simply black or white. There are no good guys or bad guys; every single one of them has something beneath the surface.”

Says Khushalii Kumar, “There can be one truth, but there are always different perspectives to it and that’s what ‘Dhokha’ plays on. I was thrilled when I read the script and the film is truly clutter-breaking.”

Says Darshan Kumaar, “Dhokha will leave audiences at the edge of their seats. It’s a thriller that doesn’t have an ultimate answer and always leaves you guessing.”

Adds Aparshakti Khurana, “This is definitely one of my most challenging films because the character is very layered, eccentric and unlike anything I’ve done in the past. I look forward to how audiences react to it.”