The much awaited trailer of Kangana Ranaut’s upcoming film, Dhaakad is finally out. The trailer of the film is loaded with some high-octane chases, heart-pumping action, loaded with gruesome blood and gore, and this makes Dhaakad more interesting. As Agent Agni, Kangana showcased a variety of looks, and she has donned every avatar with pitch-perfect realism. 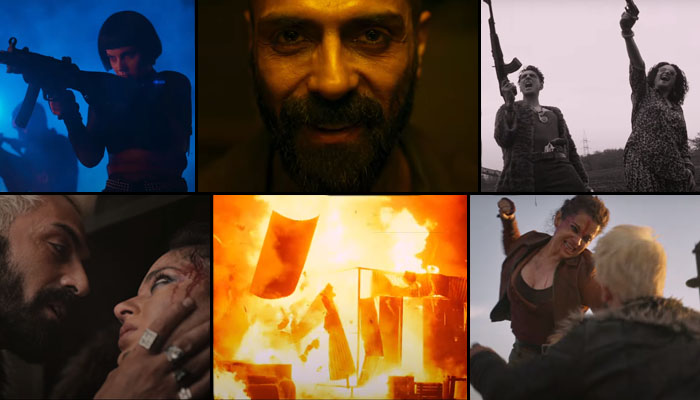 Dhaakad trailer begins with agent Agni getting an intel on Asia’s biggest human trafficking racket. It is run by none other than Arjun Rampal aka Rudraveer. Divya Dutta is also a rogue brothel owner and her glimpses leave you wanting for more.

Agent Agni’s backstory is one of the reasons that hook you up apart from the kickass action sequences. Kangana Ranaut, Arjun Rampal’s performances in the trailer itself are whistle worthy and will increase your excitement for the film.

She was last seen in Thalaivii in which she played the role of late former actress and TN chief, Jayalalithaa. And now, it’s time for some kickass action and high-octane stunts as Kangana Ranaut steps into the role of Agent Agni for Dhaakad.

Dhaakad is directed by Razneesh Ghai and is bankrolled by Deepak Mukut and Sohel Maklai under the banners of Soham Rockstar Entertainment, Sohel Maklai Productions and Asylum films. Dhaakad is all set to release on 20th May 2022. It will release alongside Kiara Advani and Kartik Aaryan starrer Bhool Bhulaiyaa 2.