Director Akiv Ali latest film De De Pyaar De has passed its fourth week on a decent but steady note and added a few more crores to its massive total at the domestic box office. Despite having the highly-appreciated Bharat in the opposite, it is performing good enough. 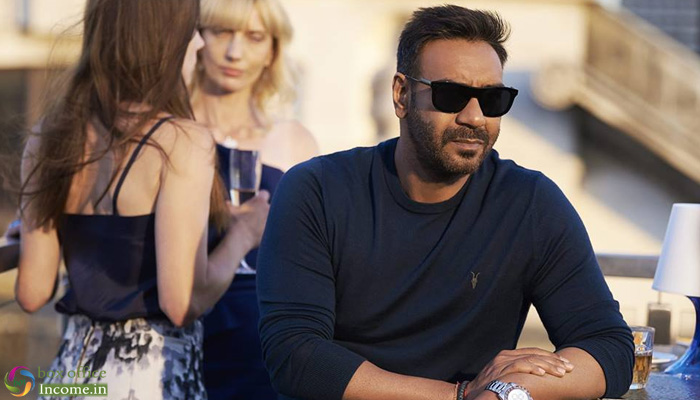 Produced by Bhushan Kumar led T-Series Film and Luv Ranjan’s Luv Films’, De De Pyaar De has got succeed to entertain many in theatres and gathered a solid word of mouth. As a result, it registered the superb business of 61.05 crores in the first week which included 38.54 crores in the weekend and 22.51 crores on weekdays.

In the fourth week, De De Pyaar De had much anticipated Bharat in opposite and reported the business of 2.32 crores in the weekend, which was including 0.62 crore of Friday, 0.80 crore of Saturday and 0.90 crore of Sunday. Then in weekdays, asusual it witnessed lesser footfall in theaters.

On it’s 4th Monday, the movie faced 30% of drop than Friday and minted the amount of 0.45 crore. With further decline, it added the amount of 0.50 crore on Tuesday and 0.43 crore on Wednesday. On the last day of week i.e. Thursday, De De Pyaar De garnered the business of 0.43 crore and made it’s 4 weeks domestic total as 101.14 crores.