Three weeks back released the romantic comedy film De De Pyaar De is still not ready to lose its hold over the audience. Despite having the newly arrived Bharat of superstar Salman Khan, it is heading unaffectedly at the box office and inching closer to the 100-crore mark with every single day. 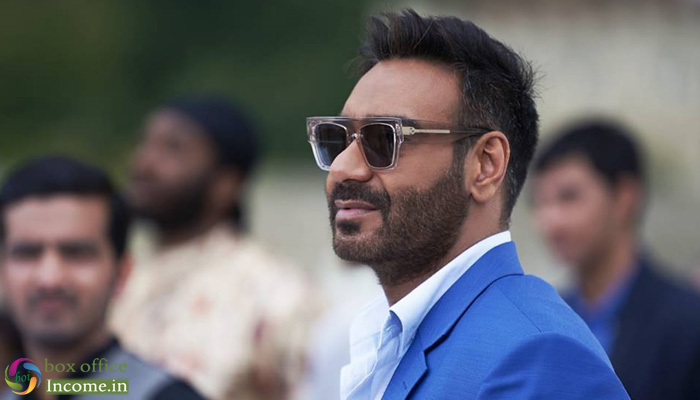 De De Pyaar De was released after several postponements but that didn’t result in a drop of hype. After getting positive reviews from viewers, the movie gained strong word of mouth and showed terrific performance at the box office so far.

Alongside Ajay, DDPD starring Rakul and Tabu as a leading ladies who has also given brilliant performance like him. In the opening week, it recorded amazing occupancy throughout and did the business of 61.05 crores, that included 38.54 crores of weekend and 22.51 crores of weekdays from 3100 screens across the country.

After 3 weeks of release, total collection of the film was recorded as 97.01 crores at domestic box office. Now it is running in the fourth week and has biggie Bharat in opposite along with Hollywood bigge X Men: Dark Phoenix. As a result, it faced similar response than previous day and added the amount of 0.62 crore to it’s account on 4th Friday.

On the next day i.e. 4th Saturday due to holiday, De De Pyaar De once again showed jump in footfalls and garnered the business of 0.80 crore. With this, total 23 days collection of the film has become 98.43 crores.