Ajay Devgn, Rakul Preet Singn and Tabu starrer De De Pyaar De has been completed it’s 3 weeks of release on a good note domestically. The movie still has enough hold over the audience and heading decently on box office despite several new offerings. 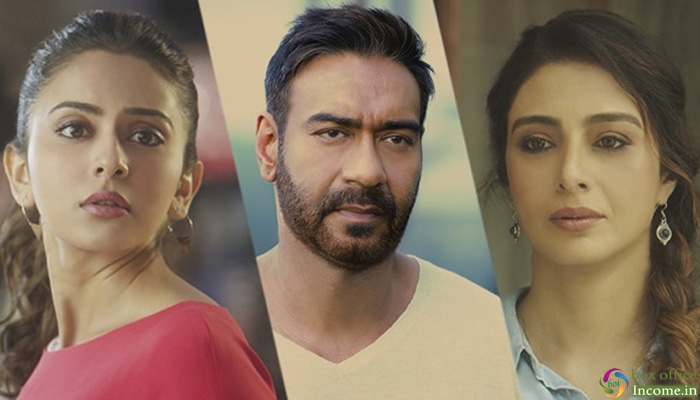 Directed by Akiv Ali, De De Pyaar De received mostly positive reviews from the critics as well as the audience and gathered a solid word of mouth. As a result, it remained strong throughout the opening week and did the business of 61.05 crores which included 38.54 crores in the weekend and 22.51 crores on weekdays.

After 3 weeks, the total collection of De De Pyaar De was recorded at 97.01 crores. Now Luv Films and T-Series’s jointly presentation has entered in the fourth weekend and still has enough hold over the audience. On 3rd Friday, it faced similar response than the previous day and minted the amount of 0.50 crore.

With this, the 22 days total collection of Ajay-Tabu-Rakul starrer has become 97.51 crores nett at the domestic box office. Once again, it is expected to witness a good jump in footfalls over the fourth weekend.