Ajay Devgn, Tabu and Rakul Preet Singh starrer De De Pyaar De has turned out a big bonus for the investors. Directed by Akiv Ali, the Hindi romantic comedy is not ready to slow down at the box office despite having several new offerings in its parallel. After the two successful weeks, the movie is now running in the third week at a maintained pace. 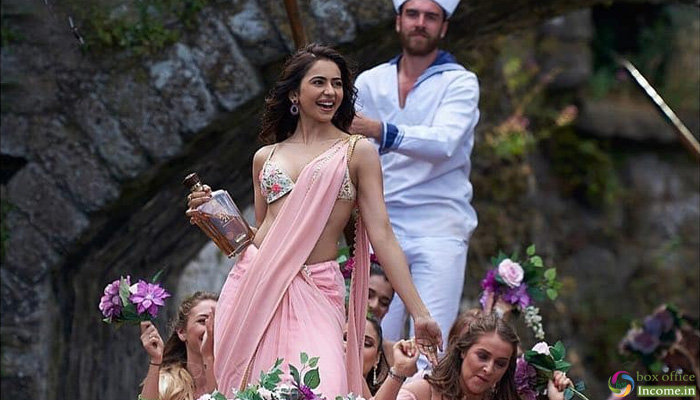 Luv Films and T-Series’ production De De Pyaar De has got succeed to hit the target right with its interesting & unusual story-line. As a result, it has received mostly positive reviews from the critics as well as the audience and gained a solid word of mouth. In the opening week, it registered the business of 61.05 crores with 38.54 crores on the weekend and 22.51 crores on weekdays from 3100 screens.

In the second week as well, it remained good and did the business of 23.44 crores that included 14.04 crores on the weekend and 9.40 crores on weekdays. After 2 weeks, the total collection of the movie was recorded at 84.49 crores.

Now on weekdays, AA Films’ presentation has witnessed a usual drop but still has enough hold over the audience. On 3rd Monday, it collected 1.42 crores & 1.36 cores on 3rd Tuesday. On the next day i.e., after a further dip, De De Pyaar De bagged 0.65 crores and raised 20 days total to 96.51 crores nett at the domestic box office.