Latest romantic comedy drama De De Pyaar De is still running well at the box office even in its third week due to the absence of any major release this weekend. The film has made the right buzz among the young audience and getting a good response from north India. 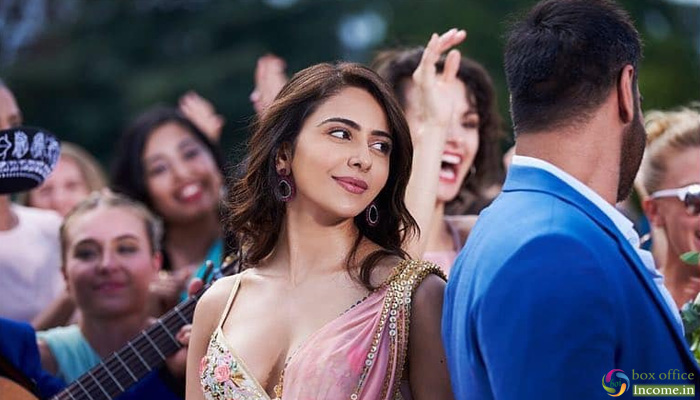 After a good opening, the movie remained strong throughout and did the business of 61.05 crores in the opening week from 3100 screens across India. In the second week also, it maintained a strong pace and collected 23.44 crores at the domestic box office.

Then in the third weekend as well, De De Pyaar De recorded good occupancy across the country and bagged the amount of 8.59 crores that included 1.96 crores of Friday, 2.82 crores of Saturday and 3.81 crores of Sunday.

Now once again De De Pyaar De is running on normal working days, but still managing to remain steady. On 3rd Monday, with a drop of around 20% than last Friday, it minted the amount of 1.42 crore. Then on 3rd Tuesday, it collected 1.36 crore and raised 19 days total collection to 95.86 crores at the box office.

The fans have been appreciating the film’s comic timing. Especially, Rakul Preet is ruling hearts after giving a spectacular performance in the movie. De De Pyaar De will surely face competition after the release of Salman Khan and Katrina Kaif starrer Bharat. It will be interesting to see how it performs.