Director Akiv Ali’s latest offering De De Pyaar De is not ready to stop surprising at the box office. Even after a couple of weeks, this comedy flick has a good hold over the audience and heading unaffectedly despite having several new Hindi and English movies in the opposite. 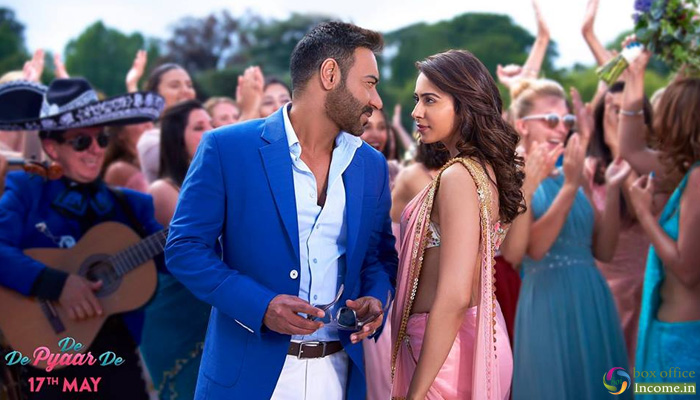 Luv Films and T-Series Films’ collaboration De De Pyaar De has received mixed reviews from the critics, but the audience liked it very much. As a result, it gained positive word of mouth and showing solid performance from the very first day of release.

After a good opening, the movie remained strong throughout and did the business of 61.05 crores in the opening week from 3100 screens across India. In the second week also, it maintained a strong pace and collected 23.44 crores at the domestic box office.

Then in the third weekend as well, De De Pyaar De recorded good occupancy across the country and bagged the amount of 8.59 crores that included 1.96 crores of Friday, 2.82 crores of Saturday and 3.81 crores of Sunday.

Now once again the movie has entered in weekdays and as usual started getting lesser footfalls in theaters due to normal working days. Still DDPD managed to stay good on 3rd Monday and minted the amount of 1.42 crore. With this, its 18 days total domestic collection has become 94.50 crores.