17 days back released, the highly-appreciated De De Pyaar De is not ready to slow down at the box office even in its third week. Despite the new offerings- Aladdin & PM Narendra Modi in the opposite, it has passed the third weekend on a decent note. 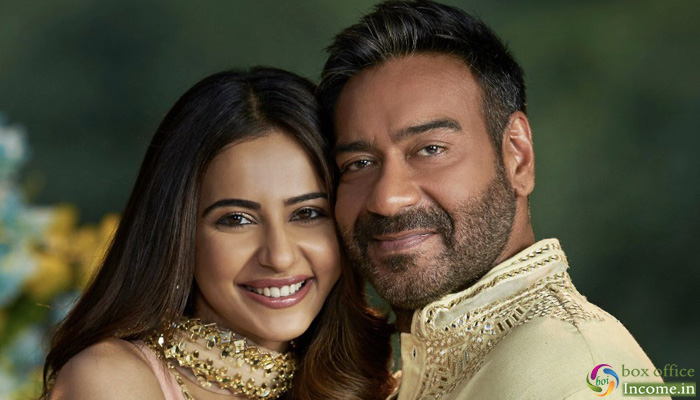 Produced by Luv Films & T-Series Films’ collaboration, De De Pyaar De has impressed everyone and gathered a solid word of mouth. In the opening week, it remained strong throughout and registered the business of 61.05 crores which included 38.54 crores in the weekend and 22.51 crores on weekdays.

In the second week as well, Akiv Ali’s directorial maintained a good pace and managed to collect 23.44 crores with 14.04 crores in the weekend and 9.40 crores on weekdays. After 2 weeks, the total collection of De De Pyaar De had recorded 84.49 crores.

Then in the third weekend, expectedly De De Pyaar De witnessed a major decline and minted the amount of 1.96 crore on Friday. On Saturday, it took growth and bagged the amount of 2.82 crore, while on the next day i.e. Sunday, with a further jump, it minted 3.81 crores.

The film follows Ashish, a middle-aged non-resident Indian divorcé; he decides to marry Ayesha, a young woman who is almost half his age. Chaos occurs when Ayesha is introduced to his family, including his ex-wife and children.