Despite having several new offerings in the opposite, last week released De De Pyaar De is showing steady performance at the box office in its second week as well. At least till the release of the Salman Khan-starrer Bharat on June 5, there is substantial scope for the film to add to its business. 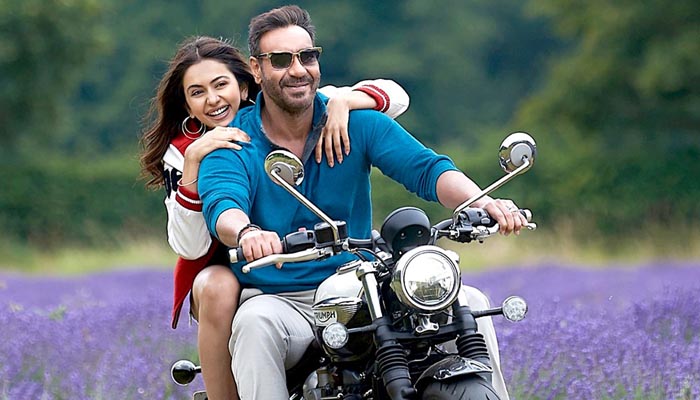 A joint production venture between Luv Films and T-Series, De De Pyaar De released on May 17 to mixed response from film critics. The word of mouth, though, has been predominantly in its favour. De De Pyaar De, featuring Ajay Devgn, Rakul Preet and Tabu in the central roles.

After a good opening week, Ajay-Tabu-Rakul starrer passed the second weekend also on a good note. With a fair growth in footfalls, it did the business of 3.58 crores on 2nd Friday, 4.78 crores on 2nd Saturday and 5.68 crores on 2nd Sunday.

Now De De Pyaar De is running on weekdays and as usual, getting lower occupancy than before, but still, it is maintaining a good pace. On 2nd Monday, Akiv Ali’s directorial minted the amount of 2.73 crores at the Indian box office.

On the next day i.e. 2nd Tuesday, DDPD faced slight more drop and raked the business of 2.37 crores. With this, its 12 days total collection has become 80.19 crores at the domestic box office including 61.05 crores of the first week.