Superstar Salman Khan’s highly awaited film Dabangg 3 was released last Friday with huge excitement of fans as well as moviegoers. But unfortunately it got lesser response than expected at box office and completed the opening week on a good note, as compare to his enormous stardom. 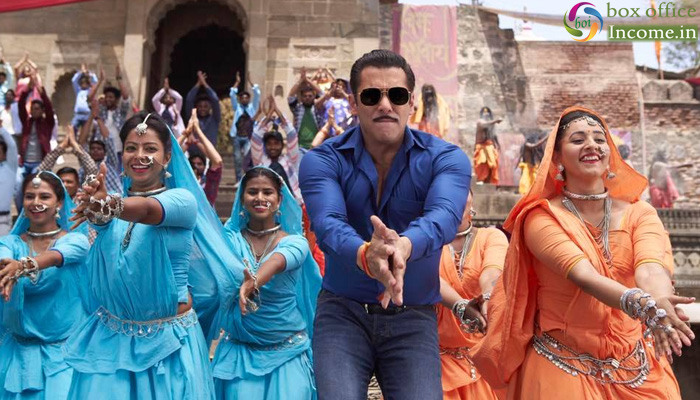 Directed by Prabhu Dheva, the Hindi comedy action drama co-stars Sonakshi Sinha, Saiee Majrekar, Arbaaz Khan and Kicha Sudeep has hit the target right among critics and gathered mostly positive reviews, but unfortunately getting mixed reactions from the audience in the metro cities.

Highly-awaited Dabangg 3 had started its journey on Friday at a fantastic note and registered the fourth highest opening of the year in Hindi Cinema. Over the weekend, it remained strong and did the business of 81.15 crores that included 24.50 crores on Friday, 24.75 crores on Saturday & 31.90 crores on Sunday.

Jointly produced by Salman Khan Films, Arbaaz Khan Productions and Saffron Broadcast & Media Limited, the film is now running on weekdays at a good note despite a major drop. On Monday, it witnessed a drop of 56.33% vis-a-vis Friday and managed to collect the amount of 10.70 crores. On Tuesday, the film showed a surprise jump and bagged the amount of 12 crores.

On the next day i.e. Wednesday, due to the Christmas holiday, it has picked very well and bagged 15.70 crores. On the last day of week i.e. Thursday, Salman Khan starrer witnessed dip and bagged the amount of 7 crores. With this, one week total collection of Dabangg 3 has become 126.55 crores at the domestic box office.