After a good opening weekend, the highly awaited Hindi film of the year Dabangg 3 has entered on weekdays with a decent pace. The third installment of Dabangg franchise, which stars Salman Khan, Sonakshi Sinha, Saiee Majrekar, Arbaaz Khan and Kicha Sudeep in the lead roles. 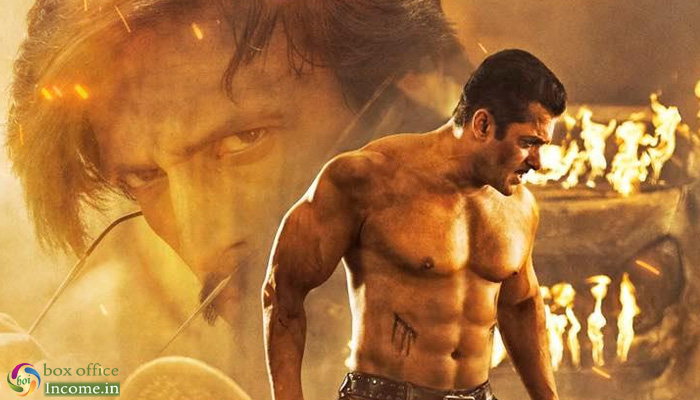 Directed by Prabhu Dheva, this multi-starrer comedy action drama has received mixed reviews from critics for its average screenplay. From the audience as well, the film is getting mixed reactions which is not a good sign for it to sustain well on weekdays.

On Friday, Dabangg 3 was opened at an ordinary note with an occupancy of only 20% in the morning. Post noon shows, it managed to take a decent jump and registered the opening business of 24.50 crores is the 4th best opening of the year so far. With this, it has also emerged as the 9th highest opening of Salman Khan.

On Saturday, despite being weekend Dabangg 3 remained flat and minted the amount of 24.75 crores. On the next day i.e. Sunday, with slight jump and it raked the business of 31.90 crores made it’s opening weekend total collection as 81.15 crores at domestic box office.

Now Dabangg 3 has stepped-in on normal working days and as usual, witnessed an abrupt drop in footfalls. On Monday, Salman Khan Films’ presentation faced a drop and minted the amount of 10.70 crores. With this, its 4 days total collection has become 91.85 crores nett.