The year’s one of the most-awaited Hindi films, Dabangg 3 took a good opening on Wednesday and successfully maintaining a strong pace in the opening weekend. But, the film was heavily affected by the social unrest throughout the country over the CAA (Citizenship Amendement Bill). 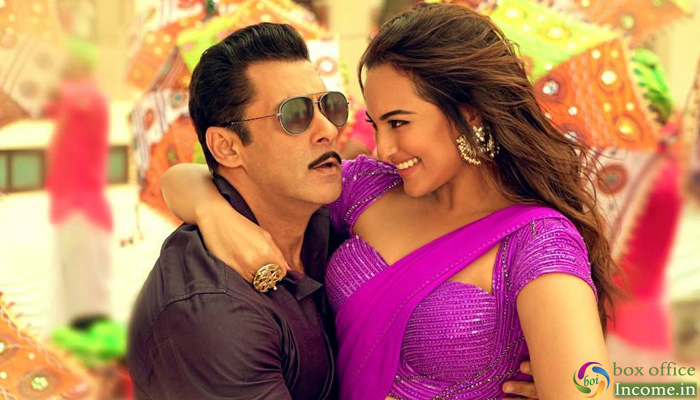 Superstar Salman Khan, Sonakshi Sinha and Sudeep starrer comedy action drama has got succeed to convince many critics and received mostly positive reviews. While from the audience it is getting mixed reactions, which is not a good sign and won’t help it to run for long at the box office.

On Friday, Dabangg 3 was opened at an ordinary note with an occupancy of only 20% in the morning. Post noon shows, it managed to take a decent jump and registered the opening business of 24.50 crores is the 4th best opening of the year so far. With this, it has also emerged as the 9th highest opening of Salman & the highest one of the franchise

Over the weekend, Prabhu Dheva’s directorial witnessed negligible growth in urban centres and minted the amount of 24.75 crores on Saturday & 31.90 crores on Sunday. After the opening weekend, its total collection has become 81.15 crores nett at the domestic box office.

Salman Khan Films’ presentation Dabangg 3 has to remain steady on weekdays, so Monday will be very crucial for the film because that will give an idea about its run at the box office in the coming days. Also, the film has four more days of an uninterrupted run before Good Newwz arrives and it is during this duration that it has to earn its maximum moolah.