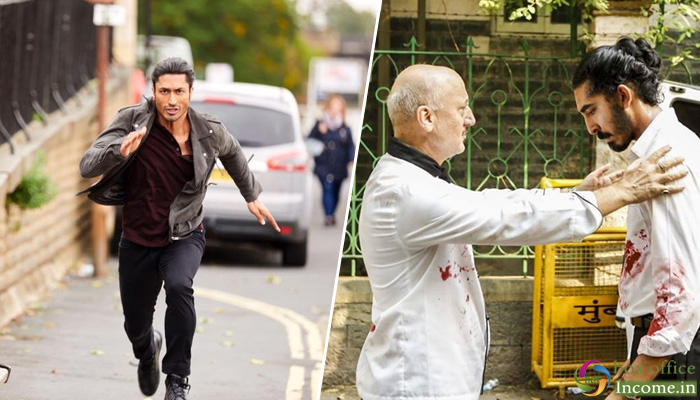 Aditya Datt’s directorial this third installment from the franchise Commando reported a decent occupancy throughout in the first weekend and did the decent business of 18.33 crores from around 256 screens in India. The weekend total was including 7.47 crore of Friday, 5.64 crores of Saturday and 7.95 crores of Sunday.

Then in weekdays, asusual the movie faced abrupt fall in its business graph. On Monday, it faced the drop and added the amount of 3.42 crores. With further declination, Vipul Shah’s venture minted the amount of 3.02 crore on Tuesday and 2.42 crore on Wednesday.

On the last day of week i.e. Thursday, producer Vipul Shah’s recent venture Commando 2 garnered the amount of 2.05 crore and made its one week total collection as 29.24 crores on domestic box office.