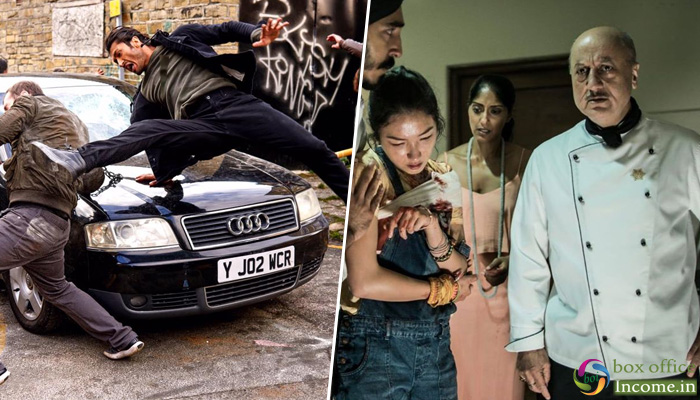 In the opening weekend, producer Vipul Shah’s recent venture reported an average occupancy throughout and did the decent business of 18.33 crores from around 2456 screens in India, which was including 7.47 crores of Friday, 5.64 crores of Saturday and 7.95 crores of Sunday.

Now the movie is running in weekdays and asusual getting lesser audience in theaters than before. On Monday, Commando 3 faced the drop and minted the amount of 3.42 crores. With further drop, it managed to collect the amount of 3.02 crore on Tuesday.

On the next day i.e. Wednesday, Vidyut starrer recorded more drop and garnered the amount of 2.42 crore, which has made it’s 6 days domestic total as 27.19 crores. Commando 2 is likely to collect the business of around 29 crores by the end of this week domestically.

On the other hand, Anupam Kher and Dev Patel starrer Hotel Mumbai had garnered 4.81 crores in the opening weekend with 1.08 crore on Friday, 1.70 crores on Saturday & 2.03 crores on Sunday. On weekdays, it has got dropped and minted 0.65 crore on Monday, 0.61 crore on Tuesday & 0.60 crore on Wednesday. After 6 days, its total collection has become 6.67 crores nett.