Director Aditya Datt’s recent venture Commando 3 has been released this Friday and passed the opening weekend on a decent note. The third installment of the Commando franchise is currently clashing with Anupam Kher-Dev Patel’s ‘Hotel Mumbai’ at the box office. 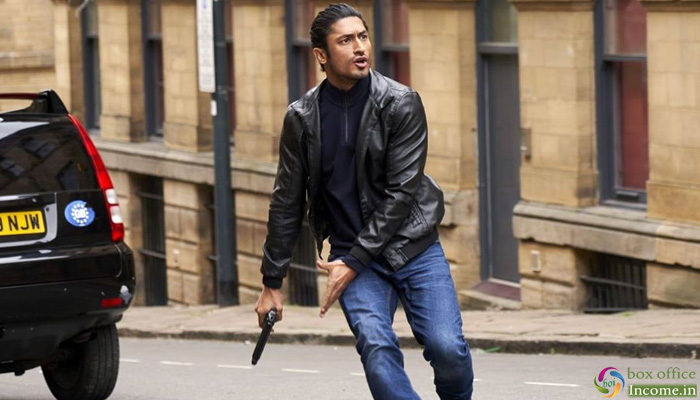 Commando 3 has received mixed reviews from critics but they have praised the performances of lead actors. Audience liked the movie and got impressed with jaw-dropping action sequences done by Bollywood’s action hero Vidyut Jammwal.

On the last day of weekend i.e. Sunday, the movie showed growth and managed to collect the amount of 7.95 crores, which has made its opening weekend total collection as 18.33 crores on domestic box office.

Commando 3 is a sequel of 2017-released Commando 2: The Black Money Trail, which is in turn a sequel to Commando: A One Man Army, a 2013 film, all of them starring Vidyut Jammwal in the lead.

Anupam Kher & Dev Patel starrer Hotel Mumbai has gathered a positive word of mouth despite the low initial buzz. In the opening weekend did the business of 4.81 crores in this weekend including 1.08 crores on Friday, 1.70 crores on Saturday and 2.03 crores on Sunday.