As the Riteish Deshmukh & Genelia Deshmukh starrer ‘Mister Mummy’ directed by Shaad Ali is all to set to release on November 11th, the makers of the comedy drama are now out with their first song from the film titled ‘Chupke Chupke’. 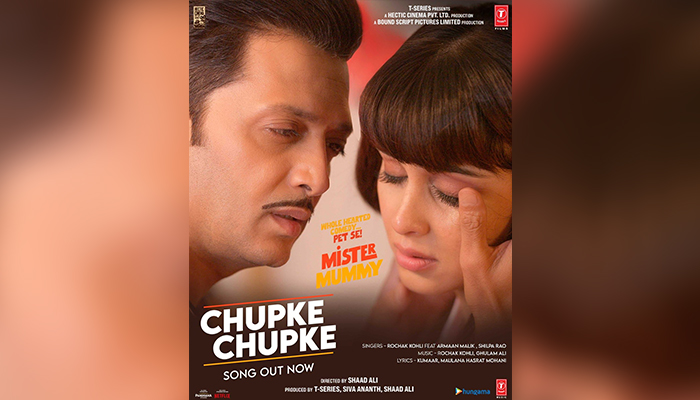 Sung and composed by Rochak Kohli featuring Armaan Malik and Shilpa Rao, ‘Chupke Chupke’ penned by Kumaar, is an melancholic song that captures the rollercoaster of emotions, touching moments,love and challenges faced by Riteish and Genelia in the film.

The trailer of ‘Mister Mummy’ had amplified the anticipation surrounding the real life couple’s reel-life reunion, and now the first song ‘Chupke Chupke’ showcases the endearing chemistry between this much-loved duo.

‘Expect the Unexpected’ as Riteish Deshmukh and Genelia Deshmukh bring together for a rib-tickling comedy ‘Mister Mummy’. This twisted laughter ride, shot extensively in England, revolves around a couple with opposing choices when it comes to children and what unfolds next is destiny`s biggest surprise for the couple.