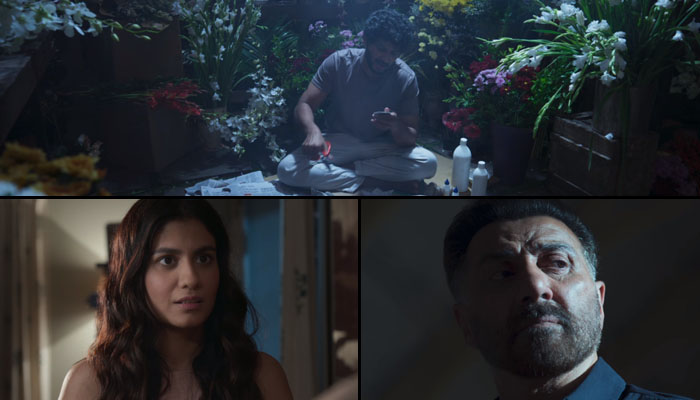 The 37 seconds teaser opens with Dulquer’s character making flowers out of newspapers while singing “Happy Birthday,” like a jilted lover. We also get a brief look at Sunny Deol’s character. Soon, we see the title of the film with the tagline ‘Revenge of the Artist’, while the classic song “Waqt Ne Kiya Kya Haseen Sitam” plays in the background. The teaser has an ’80s vibe.

Speaking about the teaser, R Balki said, “Guru Dutt’s Kaagaz Ke Phool is one of the many films that is seen as iconic today but was strongly criticized when it was released. Should we be more sensitive to an artist’s work or should the artists be less sensitive about what is being written about their work?”

Headlining a power-packed cast of the film is Sunny Deol, Dulquer Salmaan – the south cinema Superstar, Shreya Dhanwanthary, who made a mark for herself with Scam: 1992 and Pooja Bhatt, who recently made a massive comeback with Bombay Begums.

The movie is directed by R Balki and Produced by Gauri Shinde, Hope Filmmakers and Pen Studios. The original story is by R Balki, the screenplay and dialogues have been co-written by R Balki, critic-turned-writer Raja Sen and Rishi Virmani.