Up-tempo, energy-packed and vibrant best describes Hitz Music’s latest track ‘Chumma Chumma’. Promising to be the desi dance track of the season, producer Vinod Bhanushali brings Aayush Sharma and Shakti Mohan together on screen for this song that’s guaranteed to get you dancing. 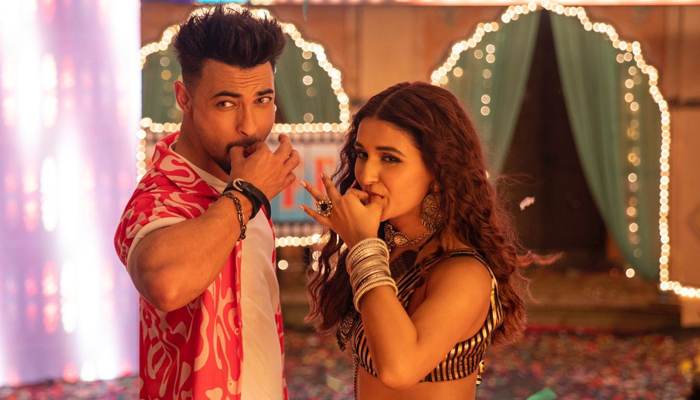 With vocals by Nakash Aziz and Neeti Mohan, ‘Chumma Chumma’ is composed by Amol-Abhishek and penned by Abhishek Talented. Director Vishnudeva, who has worked on the choreography of films like Ram Leela, Rowdy Rathore, R…Rajkummar, was roped in as director-choreographer for this dance track as he brings his signature style and flavour to ‘Chumma Chumma’.

Says Vinod Bhanushali, “Chumma Chumma is the kind of song that got my foot tapping when I heard the beats. I could say we were lucky to have a dream team work on this song. Nakash and Neeti delivered some killer vocals and Aayush Sharma and Shakti Mohan followed Vishnudeva’s desi moves really brought Chumma Chumma to life with their moves and energy.”

Says Aayush Sharma, “The song is quite interesting mainly cause it’s the kind of genre I love grooving to. Even though I personally enjoy massy dance tracks, I was apprehensive if I will be able to do this, but Vishnu sir was so encouraging. I always admired these massy dance tracks and finally being a part of it was exciting. With Shakti I was quite intimidated by her whose calibre of dancing is so difficult to match but both Vishnu Sir and Shakti were very helpful and patient with me throughout the shoot. I was always keen on working with Vinod Sir and Chumma Chumma was a perfect opportunity to collaborate together. The video has shaped up very well, Vishnu Sir has made the song so colourful and vibrant. Super excited to see the audience’s reactions now.”

Adds Shakti Mohan, “When I heard Vishnu Sir is choreographing and directing Chumma Chumm, I was so very excited. We had worked together many years ago for Aa Re Pritam Pyaare so it was wonderful to work with him again. The moment I heard the audio I knew it will be a rager since it’s out an out dance number. The song is extra special cause my sister Neeti has sung the female part that I am dancing to and Nakash with his powerful voice has taken the song up to the top. I have never rehearsed for any song the way I have done for this, Vishnu Sir has made us work hard on perfecting our steps. Being a very warm and welcoming person, working with Aayush was so easy and chill. It is such a privilege for me to feature in such an upbeat song and I a grateful to Vinod Sir and Hitz Music for this opportunity. I am nervous and excited about the release & I really wish this song becomes a Hit and everyone dances to it.”

Says Nakash Aziz, “It’s been long since we’ve had an out-and-out desi dance number so I was excited with ‘Chumma Chumma’. It’s just such a fun and vibrant song.”

Adds Neeti Mohan, “I always have a blast singing songs like Chumma Chumma because you can just have fun with it, bringing in different expressions and tones. It’s also special singing in a track as it features my sister Shakti.”

Says director Vishnudeva, “Chumma Chumma will appeal to all kinds of audiences – The classes and the masses and it’s after a while we have a song to move to. It’s very desi, earthy, energetic, and colourful. So lots to look forward to.”

‘Chumma Chumma’ is out now on Hitz Music’s YouTube channel.