After the solid opening weekend, Nitesh Tiwar’s directorial highly awaited Chhichhore remained strong on weekdays at domestic box office. Within a week of release, it has surpassed the lifetime total of Ayushmann’s Article 15 (65.45 crores) and emerged as the 17th highest grosser of the year 2019. 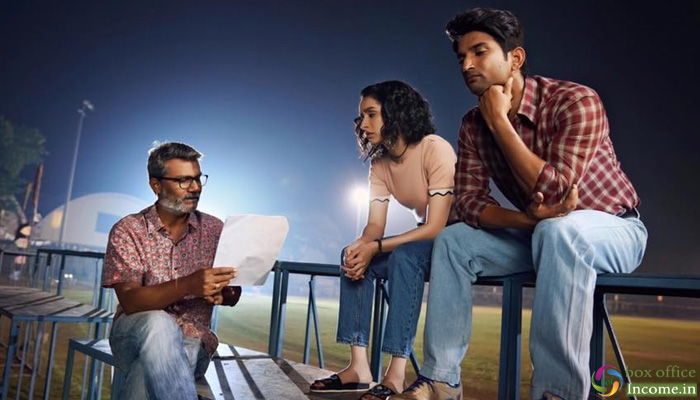 Sajid Nadiadwala led Nadiadwala Grandson Entertainment & Fox Star Studios’ presentation, Chhichhore has got succeed to impress many viewers as well as critics with its story-line and received positive reviews. Critics have unanimously praised the movie’s portrayal of college life and its humour.

Chhichhore had started its journey at a slow note but eventually registered the decent opening business due to a positive word of mouth. Over the weekend, it showed healthy growth and did the business of 35.98 crores that included 7.32 crores on Friday, 12.25 crores on Saturday & 16.41 crores on Sunday.

In weekdays, asusual Sushant-Shraddha-Varun starrer faced usual drop in its occupancy than weekend but still managed to stay strong. On Monday, it had scored 8.10 crores which was higher than Friday. While on Tuesday, the film showed growth due to a holiday and had minted 10.05 crores.

Then on the next day i.e Wednesday, it managed to collect 7.20 crores. On the last day of week i.e. Thursday, the movie reported slight jump than previous day and as per the report added the amount of 7.50 crores to its account. With this, one week total collection of Chhichhore has become 68.83 crores nett at the domestic box office.