After a good opening weekend, the film of Shraddha Kapoor and Varun Sharma opposite to Sushant Singh Rajput, Chhichhore is maintaining a good pace on weekdays as well. This film is currently competing with Saaho that released last week at the box office. Shraddha Kapoor plays significant roles in both the films. 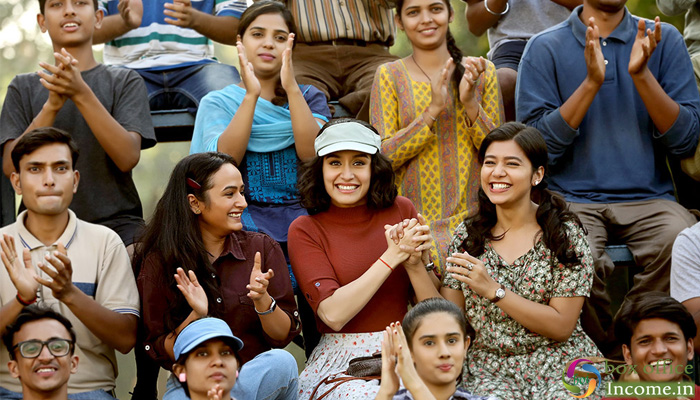 Directed by Nitesh Tiwari, this college buddy drama has received positive reviews from most of the critics as well as audience because of it’s solid content and brilliant acting by cast. Almost everyone has found Chhichhore entertaining and appreciated the performances given by Sushant & Shraddha.

It did the business of total 35.98 crores in the opening weekend from 2200 screens, that included 7.32 crores of Friday, 12.25 crores of Saturday and 16.41 crores of Sunday. After an excellent weekend, Sushant-Shraddha starrer showing strong performance in weekdays as well.

On Monday, Chhichhore faced usual drop but still remained good due across the country, and raked the business of 8.10 crores. Then on Tuesday (Muharram Holiday) once again the movie witnessed exceptional growth and garnered the business of 10.05 crores.

After 5 days, total collection of Chhichhore has become 54.13 crores at domestic box office. In this film, Sushant Singh Rajput plays a college student Anni and Shraddha Kapoor plays the role of Maya. In the film, Sushant Singh is part of a gang of friends, who get separated after college and reunite in a hospital when one of them meets with an accident.