Nitesh Tiwari’s directorial, Chhichhore took a decent opening at the box office but eventually managed to register a solid weekend at the box office. Due to the positive word of mouth, it has diverted the major audience toward itself in metros and showed healthy growth over the weekend. 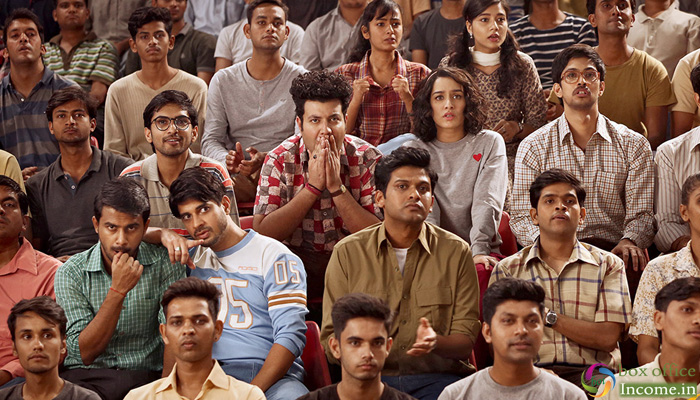 Starring Sushant Singh Rajput in the lead role along with Shraddha Kapoor and Varun Sharma, Chhichhore has got succeed to impress many in theatres and gathered a solid buzz. From critics also, it has received mostly positive reviews for its comedy and emotional storyline and excellent performances by all the actors.

On Friday, Chhichhore was opened at a decent note in the morning with around 15% occupancy across the country. Over the evening and night shows, it had recorded a good jump in footfalls and registered the 16th highest opening of the year so far in Hindi Cinema with 7.32 crores.

Also, Chhichhore has already emerged as the second-best opener for Sushant after MS Dhoni: The Untold Story (2016) 21.30 cr. The film did so by surpassing Kedarnath (2018) that minted Rs 7.25 cr on its first day at the Box Office. The fourth on the list is Shuddh Desi Romance that released in 2013 and earned Rs 6.45 cr on its opening day.

The College buddy film, Chhichhore has showed healthy growth of 67.35% vis-a-vis Friday and raked the business of 12.25 crores on Saturday. On the next day i.e. Sunday, the film has witnessed further jump and minted the amount of 16.41 crores. After 3 days, the total collection of Super 30 has become 35.98 crores nett at the domestic box office.