Nitesh Tiwari latest Hindi offering Chhichhore has shown a solid jump in business on Saturday due to positive word of mouth. Despite having the holdover titles Mission Mangal, Batla House and Saaho in the opposite, it has diverted the major audience toward itself in metros. 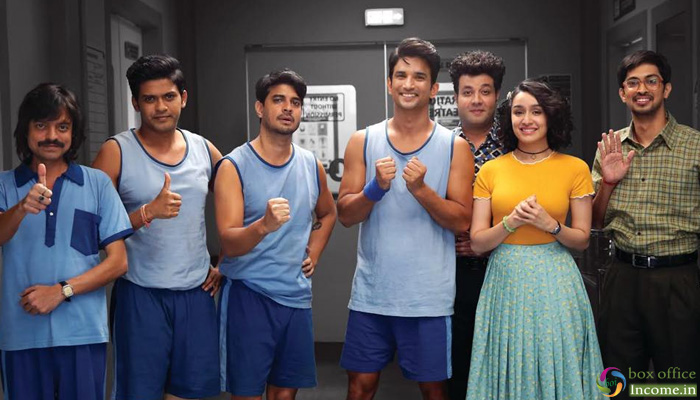 The College-buddy film Chhichhore may have taken off on a fair note but the multi-starrer has picked up pace thanks to the positive word of mouth. The movie, which stars Shraddha Kapoor, Sushant Singh Rajput, Varun Sharma and others, has witnessed a substantial growth on day 2.

On the opening day, Sushant-Shraddha-Varun starrer Chhichhore took a decent start with around 15% occupancy in the morning. Post noon shows, it had picked up and registered the 16th highest opening of the year so far in Bollywood with 7.32 crores at the domestic box office.

Surprisingly, Chhichhore on its first day, earned almost the same as Sushant’s 2018 film Kedarnath, which had collected Rs 7.25 crore on its opening day. Kedarnath, which marked the Bollywood debut of Sara Ali Khan, was released in over 2,000 screens

Then on Saturday, it has witnessed a healthy jump in footfalls across the country and raked the business of 12.25 crores. After 2 days, the total collection of Nadiadwala Grandson Entertainment and Fox Star Hindi’s production Chhichhore has become 19.57 crores nett at the domestic box office