Nitesh Tiwari directorial ‘Chhichhore’ starring Sushant Singh Rajput and Shraddha Kapoor in the lead roles have registered an exceptional third weekend at the box office. The film, which has already crossed Rs 100 crore mark and is among the biggest hits of the year, has recorded the third-best 3rd weekend of 2019. 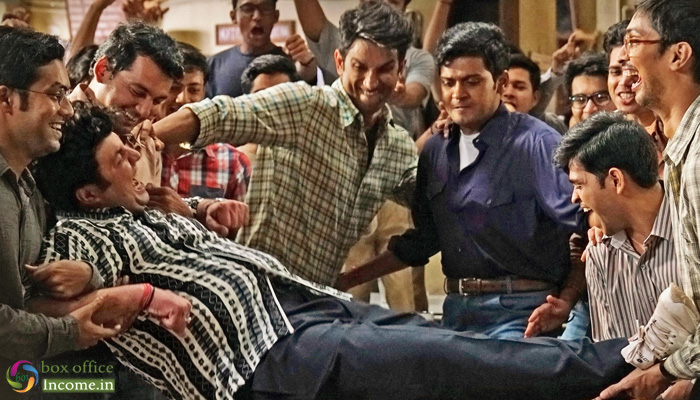 Chhichhore was released amid good buzz and received mostly positive reviews from everyone. In the opening week, it remained super-strong throughout and did the business of 68.83 crores which included 35.98 crores in the weekend and 32.85 crores on weekdays.

Then in the second week as well, Nadiadwala Grandson Entertainment & Fox Star Studios’ production maintained a solid pace and raked the business of 40.47 crores with 25.23 crores in the weekend and 15.24 crores on weekdays.

After the two tremendous weeks, Chhichhore has passed its third weekend as well on a strong note and registered the business of 15.93 crores which included 3.09 crores on Friday, 5.70 crores on Saturday & 7.14 crores on Sunday. Now the film has entered on weekdays once again and still has a good hold over the audience.

On 3rd Monday, Sushant Singh Rajpur, Shardhha Kapoor and Varun Sharma starrer faced a normal drop than 3rd Friday and managed to collect the amount of 2.25 crores. With this, its 18 days total collection has become 127.48 crores nett at the domestic box office.