Director Nitesh Tiwari’s Chhichhore has been declared a super-hit. Within 10 days of release, it has surpassed the lifetime total of Luka Chuppi (94.75 crores) & all set to enter in the 100-crore club very soon. It stars Sushant Singh Rajput, Varun Sharma and Shraddha Kapoor in the lead roles and is based on college friendship. 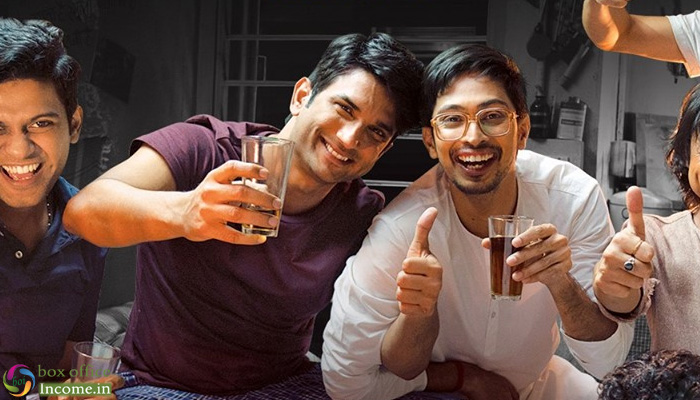 Jointly produced by Nadiadwala Grandson Entertainment & Fox Star Studios, Chhichhore has gathered mostly positive reviews from the critics as well as the audience and gained a good word of mouth. As a result, it had registered a strong business of 68.83 crores in the opening week that included 35.98 crores in the weekend & 32.85 crores on weekdays.

Sushant Singh Rajput and Sharddha Kapoor starrer is now running in the second week and still has a good hold over the audience. On 2nd Friday, it had witnessed a slight drop and minted the amount of 5.34 crores. Then on 2nd Saturday, Chhichhore had recorded a good jump in footfalls and managed to collect 9.42 crores.

On the next day i.e. 2nd Sunday, with further growth, it bagged the amount of 10.47 crores and raised 10 days total collection to 94.06 crores nett at the domestic box office. Now, the film is all set cross 100 crores.

Chhichhore is a campus drama set in 90s and current times. The film reminds you of your college days as the characters explore friendship in hostel during an inter-college sports championship.They call themselves ‘Losers’, who come out as winners in friendship.