Year’s one of the most awaited Hindi films Chhappak has once again hit the headlines with it’s first look posters. Directed by Meghna Gulzar, it’s a biographical drama starring Deepika Padukone, and Vikrant Massey in lead roles. 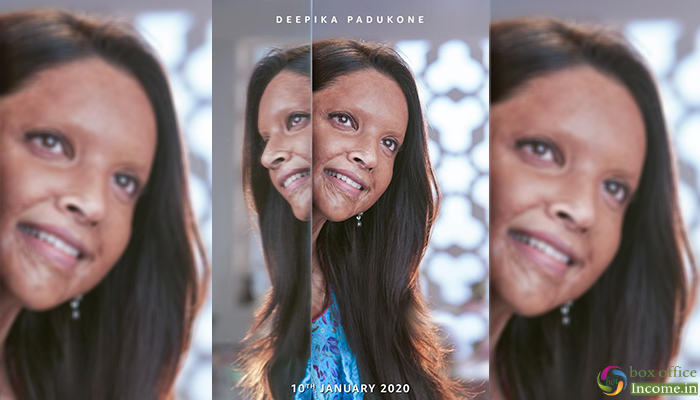 Deepika Padukone shared a first look poster from Chhapaak, which also revealed the arrival date of 10th January 2020. In the movie, the 33-year-old is essaying the role of victim, Laxmi Agarwal. As per the first look, the actress looked unrecognizable and it could be said that the prosthetics team has pulled off some brilliant piece of work.

On March 25th morning, the actress took to twitter and shared the poster with his fans. She captioned the picture, “A character that will stay with me forever…#Malti Shoot begins today! #Chhapaak Releasing-10th January, 2020. @meghnagulzar @foxstarhindi @masseysahib”.

The movie is based on the acid attack survivor and activist, Laxmi Agarwal who has been fighting over the years to stop the sale of acid at local stores. The movie will showcase the journey of the courage and hope in the wake of a grave attack on Malti played by Deepika.

Produced by Fox Star Studios, Deepika Padukone’s KA Entertainment and Meghna Gulzar’s Mriga Films. Chhapaak goes on floors today and will primarily be shot in Mumbai and Delhi. It is scheduled to release on January 10, 2020.