The Ayushmann Khurrana and Vaani Kapoor starrer Chandigarh Kare Aashiqui opened with decent numbers at the box office. The film has recorded a drop in footfalls after a decent weekend. 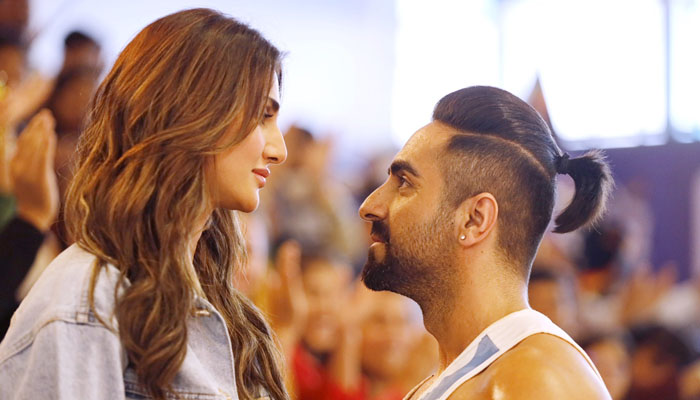 Being associated with the big banner T-Series, CKA has been promoted on a large scale which is one of the main reason behind its decent performance on box office. Secondly the lead actors Ayushmann Khurrana and Vaani Kapoor have acted wonderfully and are being praised by everyone.

In the opening weekend, Abhsihek Kapoor’s directorial this romantic comedy reported 15% of occupancy and did the decent business of 14.53 crores from 2500 screens in India. The weekend total includes 3.85 crores of Friday, 4.87 crores of Saturday and 5.91 crores of Sunday.

The regular rise in its business graph, clearly shows that audience liked the movie. Now Chandigarh Kare Aashiqui has entered in the weekdays and being normal working days, it has started getting facing drop in occupancy across the country.

On Monday, the movie recorded almost 44.20% of drop than Friday and added the amount of around 2.15 crore to its account. With this total 4 days collection of Chandigarh Kare Aashiqui has become 16.68 crores on domestic box office. It has to maintain a steady pace to have decent score at the end of this week.